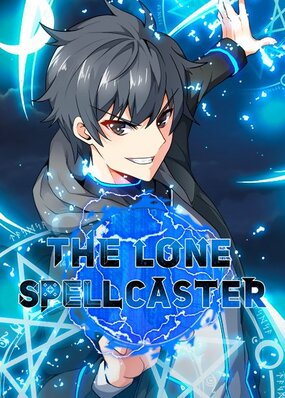 The ordinary salaryman Park Do-Hyuk, finally got the awakening he had always wished for in a life or death situation! Unbelievably, the memories and experiences from the game he spent his entire life in his twenties playing became these powers of awakening! What’s more, it was a 1 in a billion ‘Triple Awakening’!The extraordinary player Park Do-Hyuk’s journey picks up now, as he aims to reach the world’s peak.

It's already been said, and it'll be said again: it's a wannabe riding on the coattails of any other insert-name-here manhwa with gates that bring monsters into 'our' world, and the awakened ones that fight them.  I'd have 0 issue with that, because I'm totally all for that sort of thing.  When done well.  Unfortunately, Solo Spell Caster is lacking in a lot of ways. I like to think I'm not being biased, because this is a subgenre of fantasy that I adore and I've read a lot of them, but as far as opinions go, I have a lot.  There is a TL;DR at the end, though. Art: From the get go, you can tell that the art is stunted and awkward.  You get some basic 'run lines' to try and make an awkward running pose look like it isn't drawn terribly, bad expressions- and the main character is supposed to be a working adult but his baby face makes him look maybe 16!  Because it's in full color and shaded decently, it looks like passable art, but between the panel placement, awkward transistions, and the way the 'movement' seems while you're reading, it's very obviously lacking.  Characters: From chapter 1 you see that the main character has no real drive, he just has the wish of 'oh man, lol, it'd be nice to have super powers' even though he's got a decent businessman job.  Maybe he has a crap boss but- he has no money troubles, no tragic backstory, nothing interesting to make you even like him.  But he then gets OP powers.  Is amazing at fighting and not scared at all immediately jumping to fighting.  The other characters... are all even worse losers meant to make the main character seem decent by comparison.  If you've ever heard of the 'fails the bechdel test' it's kind of similar.  Everyone exists to say 'wow, this new guy seems super cool.'  Story: Wow.  Where do I start?  Once upon a time, in the far-past year 2000, gates were a thing.  Monsters were real.  And God picked Chosen Ones and they got powers to fight them, but god didn't just delete the gates (typical.)  Also once upon a time, a man said 'lol i wish i had powers like the awakened ones, and wouldn't it be cool if, also, those powers were like my videogame?' and then almost died but god said 'sure' and gave him them.  So now he has them.  Watch him be awesome!!!  (Yeah, that's it, that's all there is.  He's not even cool though.)  Everything moves way too fast and it's way too generic.  For an example of brevity see exhibit A: [panel 1: "You will need to be examined, since you're awakened now."] [panel 2: "Okay, examination complete!"] Details: Had to add an extra category for this- AUTHOR CANNOT DO MATH!  You have been warned.  Any reasonable author would not have 'normal rank' items that gave 40x intelligence and crap like that and then say on the stat page that the stat rose by 30 points, like... that makes 0 sense?  Please go to school.  I'd go on about how things are less and less realistic the further you look into it, but it's fantasy so you shouldn't care much- execpt.  The author will say 'the world is this way' and then shows the world being entirely different from what they said a couple chapters ago.  TL;DR: If you're just a young teen looking for a time waster, I'm sure you'll be able to find some enjoyment out of it, but it's definitely below average and not something I could bring myself to recommend.  I wanted to drop it after chapter 2 but stuck around for 10 chapters because I wouldn't have felt like I was being fair otherwise, especially not enough to review it.  It just got worse the longer I stuck around :/  Hadta quit for a reason because the main character started murdering people in the name of 'self defense' even though they surrendered, bruh w t f.

Not the best, but I like it.MC is OP and growing like madman. He is building nice harem. And he pulverize all resistance. If you go to read it not expecting more that this powerfantasy (as I was), then you will be satisfied.Interesting part is that he utilize knowledge of game which gives him benefits - I am eager to see if this will be utilized and elaborate further. So far it as well opens questions why noone else is using this knowledge - lets see it this will be explained later or not.