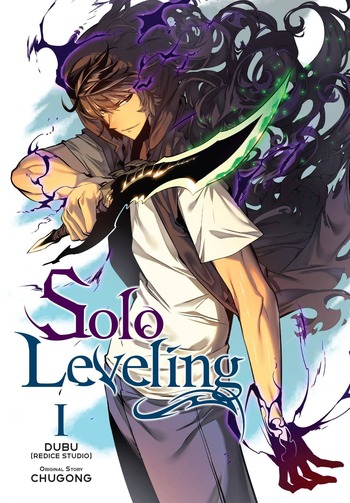 Both have a weak MC that gets strong, in Solo Leveling its a process, in Arifureta the MC gets OP from one moment to another.

I will agree only upto a certain extent as both of them are different in one key element which is difference in time/age which causes a lot of difference between the two. Another is the art style and use of colors which makes them stand apart from each other. Arifureta also does not follow one important element from solo leveling, being a solo which implies in the name itself.

Still, I appreciate that you have a good eye. Nice recommendation whatsoever.

A recap episode of the first season of Is It Wrong to Try to Pick Up Girls in a Dungeon?.

Six cash-strapped adventurers embark on a quest to collect hot spring water to re-pay their debts in this lampooning of classic Dungeons and Dragons style video games. The party gets involved with a plot involving a white dragon who demands a human sacrifice every 10 years, and an evil mind controlling mage.