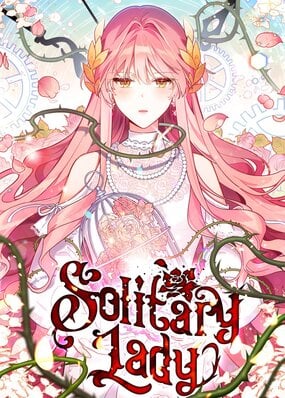 Noblewoman Hillis Inoaden has had many lives so far (seven, to be exact) but she has always been regarded the same in all of them: meek, submissive, and a pest. But in her eighth resurrection, she no longer bends to the nobles that encircle her, nor does she continue to live in the shadows of her wicked brother and stepsister. With a sacred power passed down from her lineage and the title of Family Head, she sets out for revenge and to change the grave destiny that awaits her.

Currently I am 20 chapters in, despite this, this is one of the best webtoons this year each chapter leaves me wanting more. It strays away from the concept of finding love and hope in lowkey abusive families when they get the chance to relive their life. Although it took her 7 tries to figure it out, its nice to see a character finally taking revenge by living for herself and overcoming being the 'tragic and short lived/unmemorable background character'. I hope we get to see more emotional growth from the mc, as currently she is very broken and traumatized which she tries to cover by being emotionless - though it does seem badass short term. Personally I think its a defense mechanism to avoid getting hurt and having hope and she deserves a happy ending after all she has experienced. I have high hopes for this story and the art style is really beautiful and eyecatching. Please read this story, however dont expect much fluff (in the beginning chapters this may change) like there is in most reincarnation stories. *This is not to say stories where the MC tries to survive by trying to find love in their family arent good, but lately thats been 80% of reincarnation stories ive read so its nice to see something new.*

this is one of the best manga of this year that I enjoyed recently. I really love the fl like damn she's really "cold" and careless about everything and we all know we love that attitude right? but at the same time, I feel bad because that just shows that she lacks emotions. She lived 7 times in a powerful family where she wished to be loved but they neglected her and instead went to the brat step-sister, at least karma hits hard lol.  The story is kinda itchy somehow, Although I enjoyed how the Author thinks deep in the story in a way that didn't make it cliche. And how it gives extra care about the smallest details and common sense ( common sense as in the story, not RL) Adding that the art is good as well, but I wouldn't say much about the characters (including the ml) yet because it's just 22 chapters.

Really... 7 regressions... it took her living 7 times to realize her family is nothing but a garbage can? Even being generous and the MC being exceedingly thick headed, one for the father's betrayal, one for the brother's, that should be all she needs, 3 if I don't know, she was completely oblivious on the first (which after reading about her 1st life, one should have sufficed), but 7?!?... Either way, be it 1, 2 or 7, the intro takes just 1-2ch as it often does, oh, but so much flashback material...Well, getting that out of the way, this is another copy paste, a ridiculous family that mistreats the MC in extreme and unnecessary ways, a completely dysfunctional upbringing, there to portray how pitiful and clueless the MC was and to give a wealth of revenge reasons to several characters, thus satisfying that urge one gets when reading about a douchebag and wanting to see him pay... cliché but still, it works and it's satisfying as long as it's well done. The focus of the story (so far at least, pretty early in still) is how cool, stoic, apathetic and overbearing the FL is with some court intrigue and the "fishes", of course. Still, she is a good char, her personality change is a mess, but it's somewhat validated, I won't spoil it but apathy and being "out of patience" are the key, the author does a better job at justifying her flip in personality than most similar series. Oh, ML is decent so far, a rare sight.In short, the MC is enough to carry the series, for a while at least, but whether it's a good manhwa or not will depend on where the story goes from the current point (ch29). It may turn out great with both an engaging story or disappointing with a story that isn't on par with it's characters (as it often happens), time will tell. Edit (ch39): The MC is still fun to read and the story starts to move forward a little, there's a bit of political play between the houses but the cool MC is still what drives the manhwa for me. I'd say that so far it's an enjoyable read, with a cool MC and that's mostly well written. Have hopes for this one. 6.5->7