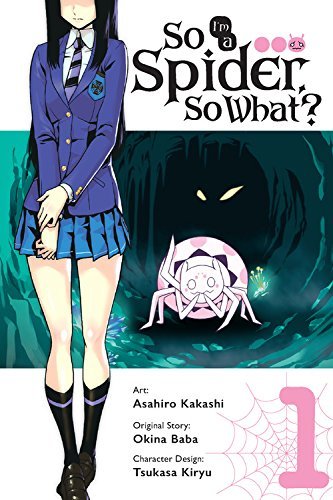 What starts out as one of the better "isekai" mangas out there, slowly turns repetitive and what could have been a great manga turns in to a "more of the same"story, with constant rinse and repeat of the same threads. Whilst those problems wouldn't be a deal breaker for me in and of themselves, coupled with the fact that there's no real supporting cast so far, I found it difficult to hold interest.

There's other problems, like the complete lack of relevance of any of the stats presented, why even bother with showing any of that, if the stats themselves hold little relevance in combat ? All in all, there are a lot of smaller issues with it, there's too many skills dumped on the players, most of which are irrelevant, often times less is more, too bad the author did not keep that in mind.

The story is fairly typical for the genre, something vague happens and the main character gets transported in to a new world, although as opposed to the majority of these mangas, the character is basically born as a monster, a spider in this case. From there it follows vaguely familiar rules of rpg games, with a leveling system and all that comes with it.

The initial reaction she has, and in general the main character as a whole is surprisingly well written, I really do like the heroine, unfortunately that is all we have, and it does get old. There is some character development, but given the limited scope of what accounts for the immediate world around her, this really needed more characters and/or a faster change of scenery. The recent attempt at having something akin to supporting characters is honestly insulting and one of the worst developments in the story so far, at least for me.

There's nothing exceptional visually, but I don't have much to complain either. I love the expressiveness of the spider and its general cute appearance. The background is fairly bland and lacking at times, however it fits with the setting so I'll give that a pass.

Overall this isn't a final/full review per say, having read only 22 chapters it would be harsh to say I've given up on it, it has time to recover and I hope to see more of a change of pace in the future, I just have to question how likely it will start fixing its recent issues, especially given what has been revealed of the world so far.

Nai wa !!  the story is one of the best what i've seen ever at first talk about the daily strugle of a guil who raicarnate in another world because of a stupide act of the previous hero and demon king to kill the persone named D but they failed and they caused the death of the whole classe in some school in japan and the persone named D took the responsibility and raincarnate all the school in a game like world and gave the some extra skill and a lot of point that can buy skill excepte for the main charactaire who raicarnate as a spider and she had 0 skill point she lived a harsh live and she live at fear and horror and run away from the formidable enemie called alaba (the earth dragon) but after all that she learned to live strongly and beat all her enemie and rise her lvl and finnaly gain skill to back and beat alaba and she succeded after that she aimed for the strongest bein in the world the current demon king but she was killed but she founded a way to revive xD and the storie keep going with that

No spoilers. Main character is simple and cute. She works hard to gain strength through eating her foes. It's not a ground-breaking read but I enjoyed it and have tracked the updates as they come out.
Why it's different: MC is female (atypical for this genre), and non human. Her transportation to the new world is also unusual. Because the mc is alone there is a lot of internal dialogue and it reads rather like a journal.

This was the first isekai manga I read, so it holds a bit of a soft spot for me. Our spider protagonist is drawn really cutesy. The dragons aren't drawn all that well. The art is simple, but it works to make the story seem more lighthearted. With its themes of cannibalism and mass death, it could easily have a dark overtone, but it manages to stay more fun. A lot of the humor comes from having the spider (metaphorically) dressed up in human clothes, in what I assume are references to other anime, and doing silly poses and stuff. It's basically all internal dialogue, since for a large portion of the story, it's just our singular character dealing with other monsters. Later, fe gets a Parallel Minds skill which lets fem literally talk with femself and a few other characters are also introduced, but the manga isn't really about the characters. It feels like the readers are meant to project themselves onto the spider since feir personality seems pretty generically otaku.

I'm actually impressed that the story is able to maintain a sense of intensity to the fight scenes, even after the spider gets to the point of being ridiculously overpowered. Fe is always in a state of desperation and near death, with gaping holes in feir torso and missing limbs by the end of the battles. Fe uses tactics and every trick fe can think of to overcome feir disadvantages and eke out victories. Defeating opponents gives fem experience points and after reaching a certain threshold, fe will level up and all of feir damage will be healed. The manga also puts a large amount of focus on keeping track of the various skills gained. I do think I find myself more invested in the skill growth than in some other isekai manga, though it's still not as though I'm able to care about all the different skills being leveled up. Early on, we see that some skills activate something called "Taboo" which is never supposed to be leveled up, and it creates a nice sense of tension since we don't know what'll happen once Taboo reaches Level 10 (the level when skills upgrade).

In chapter 23, the idea of Administrators is introduced and that gave this story a larger sense of focus and intrigue. Beyond mere survival or vague ideas like leaving the labyrinth or coexisting with humans, our spider is starting to formulate an actual game plan. This battle that fe's currently involved in feels pretty climactic and intense, so I'm not sure what type of confrontation they'll follow it up with or how long it'll take, but I'm along for the ride.

The story seems pretty much distant as the manga still feels like it is just at the begining as the character gets better.

all there is at the moment is progress and a few funny moments where we get to know a little about the character that is not to say the battles are not entertaining to watch.

The characters are short as there is only the protagonist but we learn a decent bit about her she also give makes some laughable comments and thoughts. she seems to recieve some sort of character development although it might be pretty hard to notice right now.

the protagonist uses hat she has in alot of interesting ways making the manga more fun to watch as you wonder what the protagonist does with her skills.

The protagonist had built a web castle defense as her first strategy for getting food and she eenjoyed herself for a few chapters until humans came and burned it down.She did get a good amount of food by doing this apparently.

there are rarely any humans seen during the manga the only human we see is a male soilder and a group of male soilders that likely look exactly the same.Most of the cast in this story are all just monsters that are mostly there to make the protagonist think of new ways to survive so the art is as good as it really needs to be.

Overall i think the story is still doing a build up

I mostly say this because the character is still sscared of many of the monstors inside the dungeon specifically the earth dragons. =not to mention she has stayed in the same dugeon as of chapter 22.

HOWEVER THE Biggest problem with the manga-I wanted to see half girl half spider action.......I did not get what i hoped for.

the story seems to be doing a build up and is not at the good part yet but it is still very entertaining to read and i am hoping something amazing happen next.