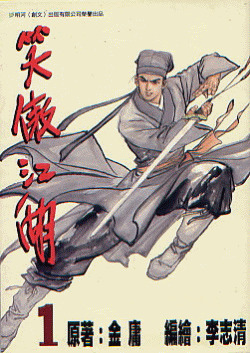 Blades of the Guardians

‘Escort’, refers to paid warriors, their targets of protection, are also referred to targets that are wanted by the government. On the eve of civil chaos during the last years of Sui dynasty, with the rise of a reign of terror around the country, various peoples’ feelings of grudge and animosity develop…

As a child Hero's family was attacked and killed by a practitioner of Northern Mantis kung fu. This assassin was tasked, by the affluent head of a local triad, to retrieve Hero's family heirloom - the legendary Blood Sword. Barely escaping with his life, Hero has now reached adulthood, having mastered several forms of kung fu to aid him in his lifelong endeavor to safeguard the family treasure. But now his enemies turn their gaze to his newborn son. The tales of Blood Sword begin here.