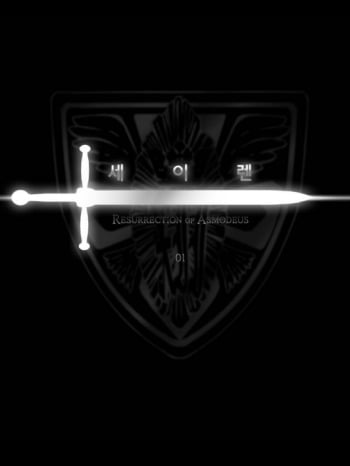 Once a world ruled by men, women stand up and fight to become men's equal. Now, in a land that is equally divided up between man and woman, the battle of the sexes is on! Who's going to win? But more importantly...what's the name of the game?

Its has great plot, and has a lot of gore hehehe. and

The male with the devil's name, Amon. In order to protect himself and the people around him, to gain back his memories, and in order to escape from hell, he must fight. The enemies that will come after him after having woken up from the dead, and the encounters with women that will leave him breathless. And of course, "Good luck this time around oppa♡" But wait, The condition of hell is?

Richard must use his body to save the world. But what if he's never used it before?

After acquiring the crème of the crop slave, an unimaginable adventure begins. A birth of a sexy-fantasy series that will rock your world!

Our lives were always controlled by an unknown entity... to keep humanity balanced.

It is 1866, the third year of King Gojong’s reign. It is also the second year Gyeom has been waiting for his lover, Jung, who left to learn and study about literature by himself. Finally, Jeong has come back after the two years. He tells Gyeom he can not afford to be happy in Joseon, and decides to leave for Qing (China)...

A rising boss in the underworld is forced to lead a double life as a police officer and a gang boss in order to find the killer of his brother.

The mysterious woman, and those who are controlled by her. Don’t be fooled by the devilish hidden grin!