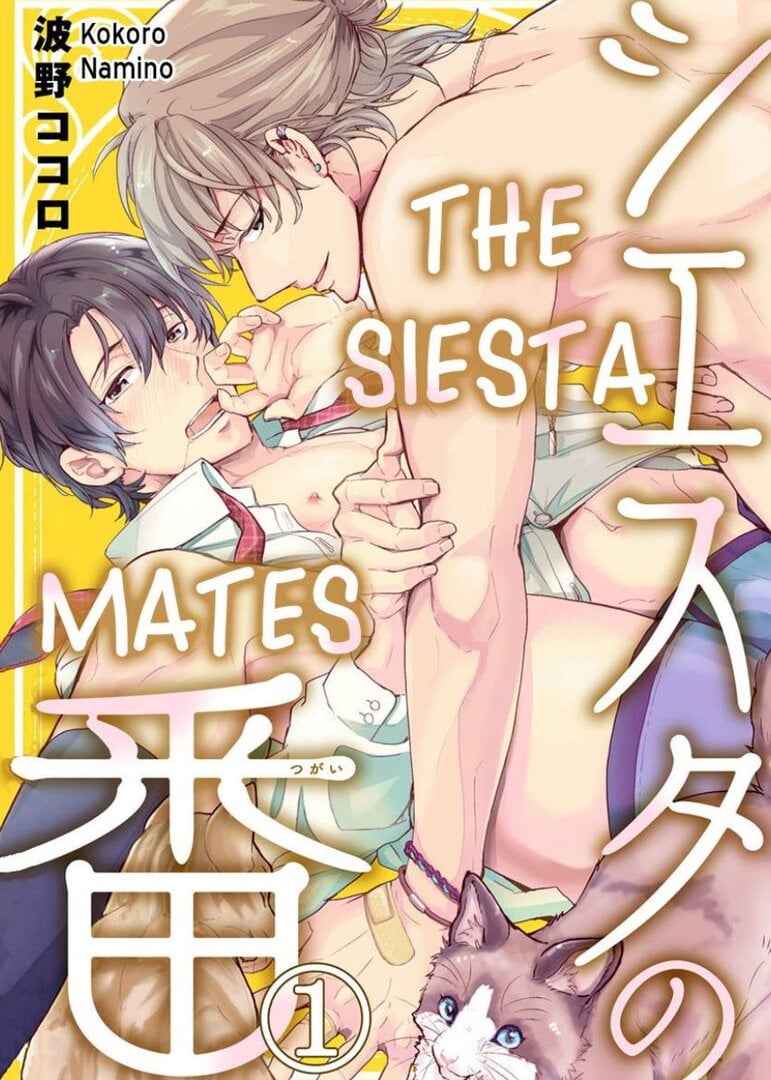 Alpha Tetsuji Takemoto was once a member of a well-known vigilante group, but has since reformed his ways and become a chef-in-training. Embarrassed by the fact that he suffers from erectile dysfunction, he's not good at dealing with omegas and tries to avoid them to keep from revealing his hidden shame. But when he rescues baby-faced salaryman Takumi Kaneda from being harrassed one night, he winds up with a cute omega admirer whether he wants one or not. His alpha instincts begin to awaken after he finds Kaneda in heat, but can Tetsuji overcome the past trauma holding him back and accept Kaneda's feelings for him?

A young woman comes into an alpha host club and requests the top two hosts for the evening. Her request? She wants to watch them have sex with each other! After being sprayed with omega pheromones, both men go into rut and a wild night begins...

Gyojin mistrusts all alphas and he despises the society that makes life difficult for Omegas. He manages to find a job, but his superior is none other than Hyeono, his former classmate from middle school who was bullied because of a misunderstanding that involved him. They settled the misunderstandings, but Gyojin is now bothered because Hyeono started courting him. While trying his best to reject Hyeono, Gyojin’s senior from college, the source of his trauma of Alphas, re-appeared in his life. And this sunbae also turned out to be one of his superiors…