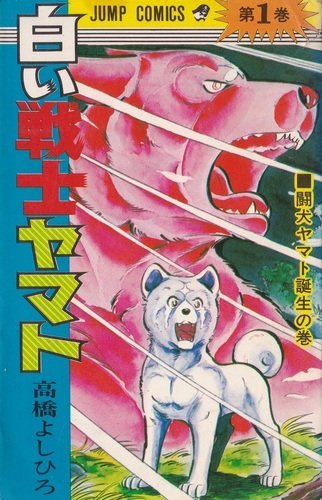 An angry dog gives chase to two young boys after they accidentally hit him with a can while playing. Will the dog forgive them?

Mr. Matsuzawa is a novelist who lives in Chiba Prefecture. Only his daughter Kazuko knows that the family dog, Don Matsugorou, can talk. Don is wounded in a fight with the neighbors' dog, King, a nouveau-riche mongrel with ideas above his station. At the vet, however, he falls in love with a little patchwork puppy called Chotaro.

The official music video for Mune no Kemuri from the album Gusare, by ZUTOMAYO.

Nanami continues to live with Michi and her parents at the Happiness House while having his own daily adventures. Whether he attempts to help Eiffel find love with the poodle he's fallen for, follows Michi on her school trip to deliver her lunch, or helps the new neighbors move in, Nanami goes through life with boundless enthusiasm - maybe even getting some soft and squishy daifuku along the way.