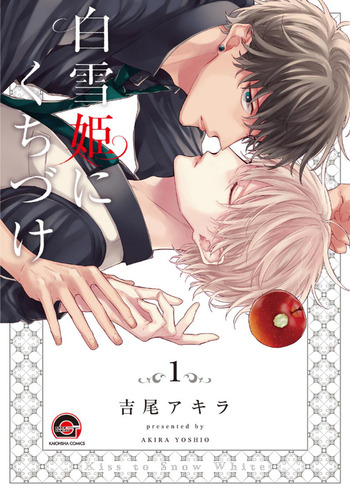 Izaki always did well in life, no matter it was school or tennis. Nothing was handed to him; all was gained through effort and diligence. Because of his straightforward nature, he tended to clash with others. That was the way he knew and he extended his belief not only to himself but also the people around him. He was satisfied with his modest achievements, that is until he met the true genius, Hakamada...

When the last night of the field trip comes around, teachers will throw a party and become less mindful of the students. Whilst students use the great opportunity to run off somewhere, the night becomes a time when everyone can kick off their shoes. Student Search Group Teacher, Natsukawa Hikaru, is in charge of finding delinquents truanting and is most commonly known to be dumb. However, on the hunt of such students, Natsukawa-sensei seems to have caught himself in trouble. Overseeing the innocent Natsukawa-sensei in trouble, illegal leave-taking student, Koga Takaya, comes to the rescue. Having finding an interest in the dumb-witted Natsukawa-sensei, Koga asks for a kiss in return. Not knowing Koga is actually one of the delinquents he is suppose to be looking for, due to his vacuity, Natsukawa-sensei is disturbed to the departed fact that Koga knows exactly who he is. Having become close throughout the story, will Natsukawa realize the fact that he is in love with Koga Takaya, or will his incompetency lead him to loneliness?

Masaki and Rion have been best friends since high school and have lived together since they both moved out of their family homes. Their personalities are distinct opposites, but beneath the casual intimacy of friendship lies the unripened buds of Masaki’s feelings, unacknowledged by either of them. Rion’s ex-girlfriend giving birth to a child and reminiscences with a kouhai from school bring back memories of their shared past, both the public and the private. Will the feelings between them finally be allowed to blossom?

Naoto, a college student, meets Kou after a crappy day in which he misses his school entrance ceremony, loses his job, and then it turns out his hot water at home is shut off. So he has to go to the bathhouse Kou works at. Initially Kou looks young, gentle and beautiful, but soon enough Naoto learns Kou’s true nature—he’s brash and quick to anger, much older than his appearance hints at, and not nearly so naive (at least, not in the way he appears). But his body is nonetheless small, and so Naoto doesn’t want Kou to take up all the bathhouse jobs on his own. Thus, Naoto starts working for the bathhouse when he can. Besides, even though Kou isn’t who Naoto initially expected him to be, Naoto can’t help but still be intrigued by the small man.

The Vacation in Love

Exhausted from work and still recovering from the end of a five-year relationship, Suzaki swings by a nearby public bathhouse when his home bath breaks. Suzaki, much to his surprise, finds the public bath healing and starts visiting often. As he nurses his tired, naked body, Suzaki befriends Ken, an employee at the bathhouse.... and notices Ken pays more attention to him than the other customers. Though Suzaki isn't interested in men, Ken's warming presence might make him think twice...

Ayumu is a stage play actor who uses his attractive looks as a weapon. In the next job, he has to co-act with the promising and talented young actor, Yuusei. Ayumu seems to unable to leave the unsociable Yuusei alone and keeps pestering and teasing him during rehearsal. Then one day, he accidentally witnesses a scene of carnage between Yuusei and a senior actor, Tsukasa?! Moreover, Tsukasa will also perform on the same stage?! A love strategy of the young actors who strive to be a star!