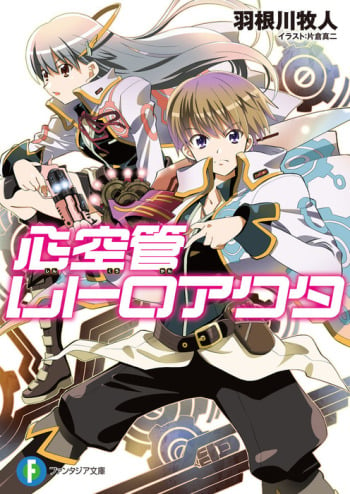 In the future, where digital viruses “Oracles” that can transform a person into creatures from legends and myths have spread, the people infected “Fector” have begun to cause incidents as result of the virus. Humanity responded to this by developing a vaccine that had a higher infection rate to the Oracle which allowed a certain group of people to ‘temporarily take on the traits of animals or insects’ as a side effect in order to oppose the Fector. One summer day, Sogami Eiri’s childhood friend that had once disappeared, reappeared before him. Along side her, Eiri gets caught up in a certain Fector incident, but along the way, he comes face to face with the truth regarding his own existence; a truth that shakes the relationship between him an his beloved younger sister—and became an enemy to the world. This is the record of a boy who, for the sake of protecting a single girl, transforms into a large number of atypical “kings.”