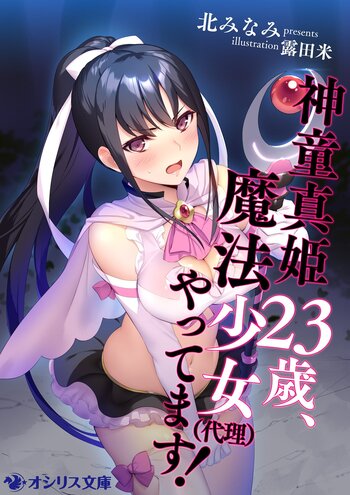 If you're looking for anime similar to Shindou Maki 23-sai, Mahou Shoujo (Dairi) Yattemasu! (Light Novel), you might like these titles.

The proposed story takes place when Sasami is 14 and a second-year student in middle school. She and her friend Misao are supposed to be magical girls, but they suddenly lose the ability to transform. When a new monster and a mysterious new magical girl arrive, she has to figure out what to do.

Rabuge flips back-and-forth following the tribulations of two groups of women: Ayumi and Kaoruko, AKA "Love Pheromone", a pair of heroines who fight for justice but always cause more chaos than good, and the Hokke Sisters, five girls who make up the Gedō Otome-Tai, bent on spreading evil throughout the world, but end up helping others instead. Both Love Pheromone and Gedō Otome-Tai struggle through poverty while attempting to reach their goals, be they becoming the world's greatest evil, or to become a popular comedy group and have legions of fans.