She's the one - Reviews 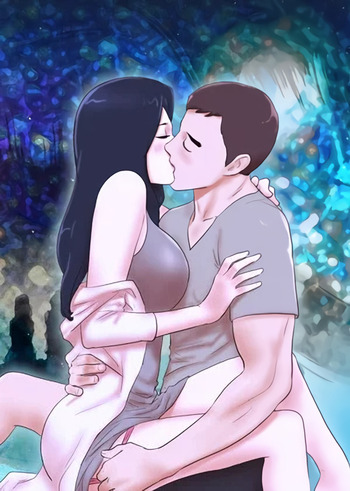 This is one of the most Naturally Written Story I have seen in a Borderline-H the Drama and fiction come all from understandable conflict of sensible interest.

It's A master Piece

The first half of the review is entirely spoiler-free the second half contains spoilers read at your own discretion enjoy.

I have a love-hate relationship with this manhwa. I absolutely loved the first half of the story, the way it was written was as perfect as could be top 5 imo writing-wise. The MC is one of the best I've ever read in a manhwa he's actually smart and doesn't make stupid decisions most of the time and most of all doesn't think with his dick like 99% of other MC in Manwha's. The FMC is alright tbh as the story progresses I begin to question if she's stupid with her train of thought and decision making but she slowly gains her IQ back and is a good character near the end. The side characters are unique and add their own twist to the story we even see side character development which is a huge plus. This first half of the story is written extremely well with plot twists that leave you thinking about what's going to happen next chapter. The story is honestly super wholesome and makes you smile at some points. The character and plot development were great.100% recommend to read

Now you may be thinking damn this story sounds so good why do you hate the second half of it?

SPOILERS AHEAD READ WITH DISCRETION once we get past the point where the MC friend finds out he's dating his "mom" (not related) and goes off to the military is where I think the writer should have ended the story because the shit show he was about to create honestly was disappointing because I was so impressed with his writing up to that point. Now once the writer starts introducing the FMC old painter friend who tries to fuck over the MC is where the writing starts turning to shit. We start getting some actual Korea (FMC painter friend kinda deserved it) The MC starts making stupid decisions and starts hiding stuff from FMC which he wouldn't do before. Then the MC friend from back home moves in with then and starts liking him even though she a minor The amount of plot twist added near the last I want to say 10-15 chapters just felt rushed and out of place making it seem like the author wanted a more grand ending to the story. I did enjoy the ending which cleared up a few things that pissed me off but the addition of unneeded plot twists and drama ruined the second half for me. now in final words, I WOULD RECOMMEND READING THIS STORY because at the end of the day It honestly was a great read and I don't regret it at all I wish I could forget about it and then reread it again other than the second half top 5 for romance manhwa's. Hope this review helped

Overall was amazing had a couple ups and downs to keep you on your toes but overall very wholesome and I would recommend!