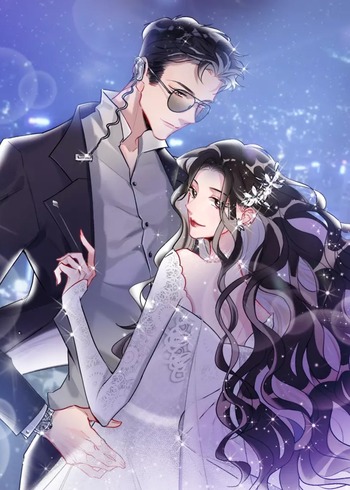 When Wen Yifan returned to her hometown for work, she met the rumoured “First-Class Handsome Guy” in a bar, but he turned out to be Sang Yan, whom she hurt and rejected in high school! In a twist of fate, the two people who could never get along kept bumping into each other. They even rented the same unit by chance and became housemates! Unspoken feelings refusing to see the light of day, strong emotions stirring beneath it all… Let’s see how Sang Yan, the “Peak Ideal Boyfriend” interprets and expresses deep affections and sweet love!

ml/fl met when they were young

ml is cold at first

The poor girl entered the aristocratic school and was incidentally set as the target of the rich boys’ "Love Hunt": The school’s nobles become animals such as wolves, lions, bears, snakes, etc., in the anonymous chat room. They take the love of girls as playthings. The girl who suddenly discovered the dark truth of this game has now decided to bare her fangs and break the hearts of those who attempts to play with her, while finding out who is behind everything. This is the beginning, of the prey’s revenge!

both have pretty interesting plot

both FL are celeb

ML is involved with her work

both have nice art

Sweetheart Must Love Me - Part 2

With her family business being on the verge of bankruptcy, she had no choice but to marry him. Their marriage, however, turned to remain in name only. To have his baby, one night, she pretends to be a strange girl had a one-night stand with him...

The story of the encounter of two ladies - one of them a DJ and the other a successful businesswoman. As they live within this vast city, do they watch as bystanders or become lost within the maze?

She was so tired of being heartbroken, over and over again, that she set the main goal in her life: to teach a lesson to each of those two-faced men who promised to give her the skies and earth under her. She was so carried away by her so-called 'deed' that she, herself, did not notice how the role has become her second nature. But what happens when the sudden appearance of an innocent-looking 'cat' changed her determination? Will she win over him like all the other guys she had ruined?

Once, when he was about to disappear, she appeared as the light that illuminated his existence; Now, when she is about to give up her dreams and extinguish the light in her heart, he comes to her side. Their story originated in the book world of Alice in Wonderland and continues in the real world where you and I live. Will the wishes they've always held in their hearts come true in both the book world and the real world? --The dream about promise about truth and the light of dreams.

Face With Love, Affection, and Time

"You were originally the heartless one. The one who wanted to leave was you, and now you say you love me?!" Liang Zijin pulled Luo Xiangdong's shirt: "Since you came I won't miss it a second time." Luo Xiangdong turned the situation around, and kissed Liang Zijin : "Lian Zijin, you can't run away from me in this life."

Xiang Jun, a nurse of plastic surgery holding a secret, finally gets reborn with another woman's face and identity. When endeavoring to conceal her troubled past and face-changing experience, Xiang Jun still strives to pursue the plastic surgery career she loves and finds ways to "get real rebirth" for those who come for plastic surgery. With her diligence and optimism, she attracts two excellent men around, but she must face up to her past to achieve "new life" and love.