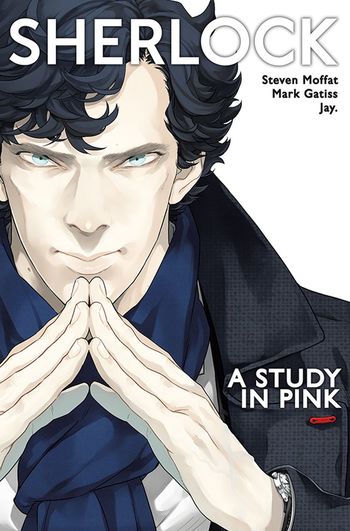 It is exactly as it claims to be. "A manga adaptation of the BBC series". Nothing changed, same lines, same characters, same story. Great for Sherlock fans but a disappointment if you expect something new, this is just the series in manga form.

The characters are even very well drawn after the actors. As a fan of the BBC show, this manga is disappointing. Was hoping for new stories, either original or  other Conan Doyle adaptations. This is literally word-for-word the show, the script pasted over pictures.

Might be an interesting read for anyone who hasn't seen the TV series, otherwise just skip it.