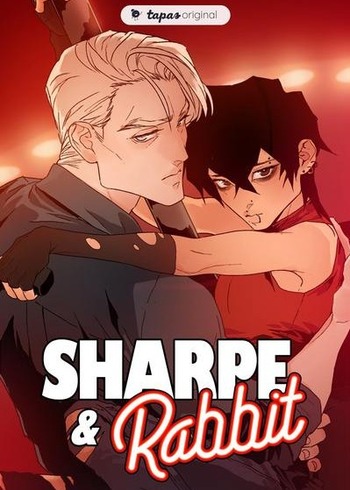 Everything is Fine - Specials

Special chapters of Everything is Fine.

The World I'm Longing For

Nothing out of the ordinary was happening to David. Except for the nightmares that kept telling him to "come back."One day, he wakes up and finds himself tied up with his mother lying in her own pool of blood. In front of him stands the transfer girl, telling him that they are both from another world. What is this world she's talking about and how will they get there?

Jay Kim is a bartender at an upscale cocktail bar in the city. He loves his job, but it comes with one downside- the supplier’s delivery man, Victor, is a big jerk! He’s the boss’s nephew so they have to get along (or at least pretend to). So why not make it more interesting? If they have to get along, and neither of them want to, why not make Victor’s life more difficult? The first one to give in is a loser! Who will bend first?

Some among the undead feel that now is the time, in the midst of human complacency, to strike against the mortals in a coup that would leave humanity at the mercy of the "dark creatures." Of course, it is at a time of human complacency that dogmatic agents in the Catholic Church also feel ready to strike against "evil," with just as little regard for the cost to human life.The power to stave this ultimate, destructive conflict between evil and righteousness rests in two wise and powerful undead brothers. The only problem is they haven't spoken to each other in a hundred and fifty years.

The story of a psychic girl named Yumi, an eerie living puppet named Paris, and the strange and often deadly monsters they face off against. Ghosts, ghouls, and... possessed teddy bears? Oh, my!

Something is wrong with the town Frankie grew up in. Hidden away from the world on the other side of an old stone bridge, the people of Stagtown spend every day trying not to see the strange things that go on around them.

Clash of the 8 Warriors

With a dark past behind him, Jawoon sets out to become a new person by being ordained as a priest. However, with his only disciple, Miseol, gone missing, he has no choice but to take out his once sealed sword and revisit his past. Accompanied by 7 other outlaws with similar agendas in mind, he embarks on his rescue mission.

Escaping a political marriage and her glowing crown were just the start of Lilinae’s journey. Becoming the queen of Shootend, meeting her two knights, and braving hostile kingdoms to get back home — that’s where things get interesting.

After retiring as a vigilante so he can live a peaceful life, Yagura gets trapped in a survival game that is far more than what it seems. Now he must come out of retirement and train a new group of heroes to protect his city — but will it really pay to be a hero?

Hiroshi is shocked when he finds out that his imaginary friend, Enigami, isn’t so imaginary after all! Then he realizes his beastly companion can battle it out with other kids’ imaginary friends, and things start to get even stranger. But when these playground games turn serious and kids start disappearing, Hiroshi realizes that the consequences here might be more real than he first thought…