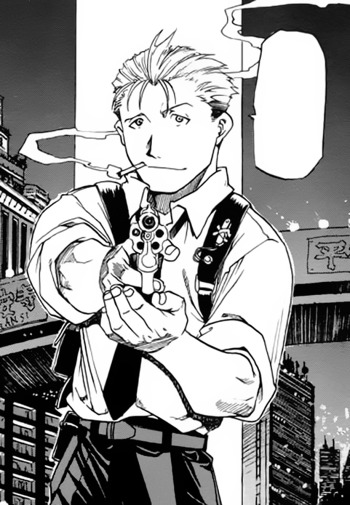 In a Japanese jail sits 17-year-old Jotaro Kujo: punk, fighter, delinquent...and possessed by a force beyond his control! Around the world, evil spirits are awakening: "Stands," monstrous invisible creatures which give their bearers incredible powers. To save his mother's life, Jotaro must tame his dark forces and travel around the world to Cairo, Egypt, where a hundred-year-old vampire thirsts for the blood of his family. But the road is long, and an army of evil Stand Users waits to kill JoJo and his friends...

Kazu Kakazu's elegantly drawn tale of vampire siblings and the oath that binds them now begins!

Many years have passed since Jonathan Joestar stood up to the evil forces of Dio. Now, in the present, Joseph, Jonathan's grandson, lives with his grandmother Erina and has the occasional scuffle with a thug. But after the pair is informed that Erina's long lost friend Robert E. O. Speedwagon has been murdered, Joseph finds himself in the midst of an ongoing battle with the most powerful of foes: Santana, ACDC, Cars and Wham, four ancient warriors who have been resurrected by the Nazis for their own nefarious purposes!

A strange bunch of supernatural beings have moved in next door to Hanazawa Meoto. They call themselves "Godland Company," and they're gods/spirits/demons who perform odd jobs to help other supernatural beings like themselves when they get into any trouble with humans. There's little Kuroto the Karasu Tengu, Mia Blutheim the vampire, Neruru Hearteater the succubus, Shadric Kagel the shadow earl, and the mysterious Haizono. How will Meoto react to her new neighbours?

Featuring the popular cast of the Street Fighter Alpha series, fan-favorite characters are brought to life through the explosive story and art of popular manga artist Masahiko Nakamura. Prepare for all-out martial arts action as Street Fighter heroes battle against the forces of the evil Shadaloo crime lord M. Bison.

Leon is a pure blood vampire, able to suppress his instinctual desire for blood and live amongst humans due to his deterrent, Noah. Bearing a seal that complements Leon's, Noah holds Leon's power in check. However, Noah's own powers are oddly unstable. This is their story.

Uzora Ozora came from Brazil, holding up his Musashiri Tenryu, a special fist created by Miyamoto Musashi. As soon as you come to Japan, defeat the giant Rick who defeated "Hazinkai" karate and get attention at once!