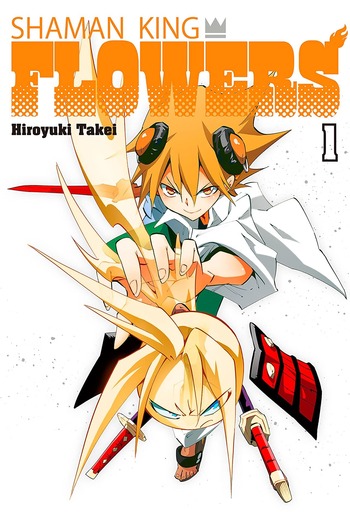 Reika Ryuzaki, daughter of the late diamond collector Yoshio Ryuzaki, is a jewel specialist who fights with knuckles branded as "Krishna" in cases involving bad guys who rob or misuse jewels for their own gains. She has an advantage in fighting as she can summon spirits from certain jewels to aid Reika in making her a better combatant in the field.

Qing Dynasty Era, Shanghai: Korin's official job is as a lady of the night, but is that her only job?

1246, medieval Japan. Kokemaru protects the wandering dancers Mayu and Kyara, despite his missing arm. Dressed as a cat, he spends his days telling lies and absurd stories, hiding his real identity.

Make the beautiful scenery your own... The "box garden" has fascinated people with such thoughts since ancient times in Edo. There is what is called "Mokke's miniature garden", and the "lord" lives in the garden. Because of unavoidable circumstances, I became a miniature garden gardener!?

Yuzuko was left alone after her grandmother passed away. Shadowed by a mysterious organization, her family murdered by a psychopath, and with the sudden "breakdown" of the world, the missing pieces to everything is revealed, and the "Peppermint" inside Yuzuko activates...

While studying as a sorcerer at the most prestigious institute for magic in the land, an arcane accident sees Orphen’s oldest friend, Azalie, transformed into a horrifying monster. When the sorcerers’ academy decides to cover up the accident instead of trying to fight the curse, Orphen takes matters into his own hands. He forsakes his position and even his own name, departing on a wanderer’s quest to gather the knowledge and artifacts necessary to make Azalie human again.