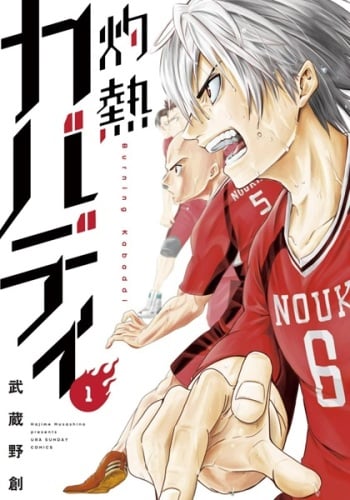 Yoigoshi Tatsuya is a first-year high school student and former ace soccer player who dislikes sports. He gets invited to join a team for the contact sport kabaddi. He scoffs at the idea at first but becomes interested after watching a kabaddi practice.

Do you like sports manga? You must have no idea of what Kabaddi is. If that is the case, this review is for you.Kabaddi is a game played between two teams of seven players, in which individuals take turns to chase and try to touch members of the opposing team without being captured by them. Two teams occupy opposite halves of a field and take turns sending a "raider" into the other half, in order to win points by tackling members of the opposing team; then the raider tries to return to his own half, holding his breath and chanting the word "Kabaddi" during the whole raid. The raider must not cross the lobby unless he touches any of his opponents. If he does so, then he will be declared as "out".The thing that is used in this game is the body itself. Team play that helps you capture the enemy that enters your territory; a sport in which dragging and bringing down the opponent leads to victory. This is the game, where you run while fighting. Yoigoshi Tatsuya hates sport. Be it getting scolded by the coach, hearing remarks that are full of jealousy of your friends, or being made pose for the cover of the school's sports magazine. And so, he has been living a high school life with no sports; any invitation to join a sport club pisses the hell out of Tatsuya.One day, however, he makes a terrible mistake. He decides to check the Kabaddi club. After a number of taunts, thinking that Kabaddi is just some lame sport that will never be any different, he decides to play Kabaddi against one of the members of the club that tries to recruit him: if he wins, the Kabaddi club will never bother him anymore. If not, he will have to join the club. Because of the fact that Yoigoshi does not want to take Kabaddi seriously, he loses and has to join the club.Although, I have only read 3 chapters so far, I can tell you that right from the first chapters the manga is extremely fun to read, because I do not think that many of you know about Kabaddi, the manga does a great job explaining what Kabaddi is, it has many interesting characters and a team of weird guys, there are many scenes that are full of action that have little to no unnecessary episodes, and finally there will be an anime adaption that should be really fun to watch. With that being said, I think that this manga deserves a 9/10. 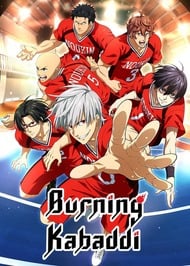