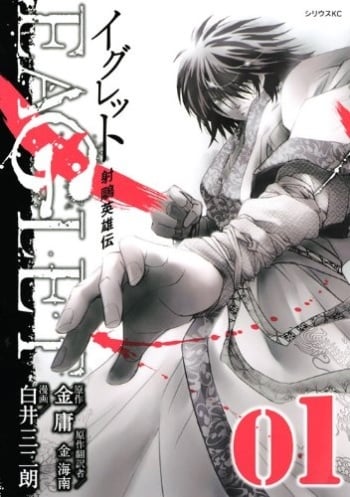 Chinmi's new arc, he along with his disciple Gunte are involved in an incident where a princess from neighboring country is kidnapped by bandits and brought to a bandit town inhabited by anti-government scoundrels.

The sequel to the Baki series, it is supposed to concentrate around the conflict of Baki vs. his father.

It was an era of terror, a time in history where 10 suns shone as the world below burned under its mantle. As a result, Yae, a legendary warrior, was summoned and commanded by Chunjae, the father of these 10 suns, to shoots down all but one sun. But of course, the suns’ mother, Hwaehwa, did not take this news well and, in vengeance, swore to revive her dead sons. After a long time, Hwaehwa returns and challenges Chunjae to a game of Baduk. She brings Hanbal with her, who was once Chunjae’s follower and releases a thousand demons down to earth, proclaiming that they are a symbol of her Baduk stones. Now, in order for Chunjae to gather his stones, he searches for Dong Bangsak and provides one of Yae’s followers, Hangah Dong Gun to watch over him as he embarks on his journey to seal these demons...!

Kenji is a manga about a Japanese teenager named Kenji, who practices the martial art Bajiquan, and his encounters with other martial artists, some of which are taken from real life (Adam Hsu and Liu Chia-Liang) This series primarily features Bajiquan, but also gets into Tanglangquan, Baguazhang, Chen Taijiquan, Piguaquan, Xingyiquan, Xinyiliuhequan, Shaolinquan, Hung Gar, Daito ryu Aikijujutsu, Shotokan Karate and numerous other styles.

Chinmi is a young Chinese boy devoted to martial arts training. Word of his skill reaches the kung-fu masters at the famous Dailin temple who invite him to study with them. Through his own dedication and the guidance of his teachers, Chinmi becomes one of the top students at the temple. Eventually the time comes for him to leave Dailin and make a pilgrimage. On his journey he faces a number of dangers that test his skills, but he also meets many people who inspire him in different ways. A chastened but determined Chinmi returns to Dailin for advanced training. But soon his skills are needed again—the Mongol hordes are nearing the temple.

Ouka is the great empire that rules over 1/3 of the world. To prevent conflicts from the other countries, they hold the battle competition once in every 8 years. In this competition, 5 candidates, known as "Patriots", from each countries are to battle against each other and the winners will be granted with fame and honor. This story follows Kurou, the boy who walks the same footsteps as his father to become the strongest patriot, along with his team.