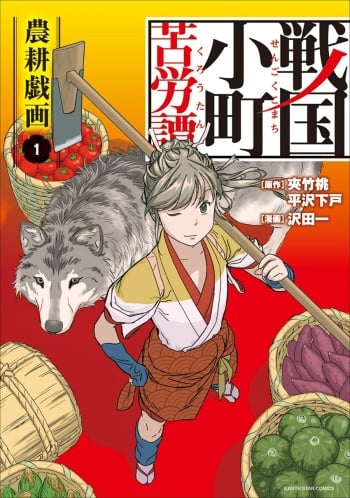 If you're looking for manga similar to Sengoku Komachi Kuroutan: Noukou Giga, you might like these titles.

I was just a regular office worker on my way home from work, when I had the misfortune to be involved in a traffic accident. Next thing I know, somehow I'm in Edo-period Tokyo, in the red light district?! Is this for real?! Did I somehow slip through time?

Yukari Kobayakawa, an accomplished author at the age of 17, writes with amazingly accurate details about historical Japan. It turns out he has the ability to travel back in time…to his past life as a renowned courtesan in the Edo period! As he goes back and forth between the past and present, he unravels the karmic relationship he has with his beautiful classmate Mahoro Tachibana…When Yukari meets classmate Mahoro Tachibana for the first time, the two of them can’t help but feel like they know each other. Yukari senses that they had a major connection in the past, but was their relationship friendly or deadly?

Suddenly finding himself in the Sengoku era, regular high school student Sagara Yoshiharu is about to be killed in the battlefield. He is saved by none other than the man who later becomes the infamous Toyotomi Hideyoshi but at a cost to his life. With history completely changed because of Yoshiharu’s actions, he tries to make things right again but it seems that history is taking a different course than the one he learned in school. Oda Nobunaga is now a brilliant but young girl named Oda Nobuna. Yoshiharu starts working under her command to bring back history to its correct course and find his way back home to the present world.