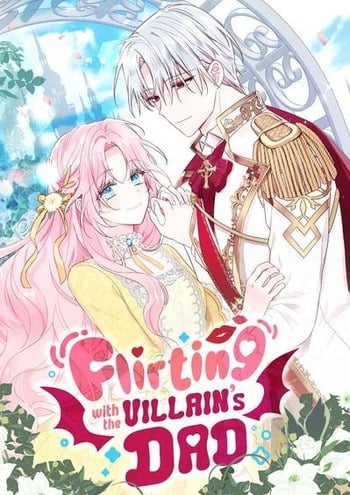 These info were not included above:

Yerenica (mc) is the sister of the mother of the novel's mc. basically the aunt of mc and since she knows what will happen she decided to take things in her own hands to save her sister and unborn niece. Now the villain of the novel is the futurr son of the Emperor, while she was accidentally kidnapped instead of her sister this is where the plan to seduce the villains father start. It's a hit two birds in one stone situation since she is apparently weak against magic, she's unstable around it so she will cling to the emperor for her own safety as well. (the plan was to make sure the dude doesn't marry this girl who'll turn her own son into a villain)

The story seemed common at first until the whole "father" situation because essentially all of them are side characters to the future main characters.

Art, the emperor is *cough* very "father" like and Yerenica is cute.

The characters are the selling point of this story. The emperor is not dense nor a jerk. Love how he is not going tsundere and denying our Yerenica the attention she deserve/want (cuz originally she does want the attention so she can seduce him). As for Yerenica she easily shows her emotions on her face which the emperor find amusing.

This story had the most fluff from all those I've read in like the first few chaps. I won't spoil it but ma dude can't help himself from wanting to protect this rabbit

Edit: so I originally gave this 9.3 but I reduced the scores beause of how slow things got. Man, this started good so I hope something interesting happens soon.

This manga is a not-so-delicate balance between cringy, crapy, and cute.

The Cringe: The main character takes the term air head to the next level and I often times felt frustration annoyance and her oblivious attitude. Also she keeps calling the main love interest father and i think just about everyone became fed up with it after the first 5 times.

The Crapy: I dont really have a problem with the damsel in distress trope, in fact sometimes i think it can be quite romantic so i enjoy it. However this manga took it to a whole new level. They have given the main female lead less then nothing in the ways of survival aptitude and made her wholly reliant on the King to survive. If this were a game the princess's states would be double debuffed and only available for play in extreme difficulty. It's ridiculous. 😒

The Cute: While the characters and other aspects do leave something to be desired the interactions between the princess and king are actually adorable and the only reason I read this manag. If you can muck yourself through The Crapy and The Cringe think of the as the prize at the end of the tunnel.

Honestly. ... this ishould somewhat creative considering how many manhuas and novels nowdays are about reincarnation of the villain within a story . This was seemingly a leap of fresh air BUT little did I know . I mean there are not many chaters in this piece but it can be predicted that there will be hardships with the potential mother of the villain and afterward some force stronger than what we are exposed to now . The problem is characters are too static or rather expected to be the way they are exposed to the reader. I mean I shouldn't expect much but overall it sounds more absurdly unrealistic than the average books and manhuas is this genre are . The art is quite nice not going to complain about it but not a 10/10 (although I believe it is impossible for any manhuas to have a 10/10 because it's hard to draw something that can CONTINUALLY please readers eyes). The FL is expected to be sw you can feel empathy towards but I feel nothing of such. The ML on the other hand has a stereotypical character development. And the family of the FL are also as weak as she is herself (both literally and figuratively ) to an unpleasant extent . Like is pity the only thing I should feel towards a main character ?  I do not expect the story to go uphill but if it does pardon my comment and please solidify why it became interesting.