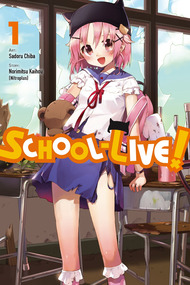 Yuki Takeya loves her school. She loves it so much, in fact, that she actually lives there! She's part of the "School-Living Club", a group of girls who camp out in the club room at night and grow their own food on the school roof. But why is Yuki the only one who still attends classes? And why doesn't anyone ever have the urge to go home?

Gakkou Gurashi! After watching the anime, I wanted to know how the story continues. For this, I had to start the manga from scratch because there are relatively significant differences between anime and manga. The manga comes very quickly to the actual point of the story and therefore makes little fuss. The world is ending, zombies are everywhere. And the 3 surviving schoolgirls must prove themselves in this world, so they do not perish. This manga did a good job at showing the chaos of the apocalypse and capturing the atmosphere well. Likewise, the conclusion and resolution of the story was quite appealing. The problem with the manga is that the author tried to focus too much on the characters without having enough approach. Thus, he created tension and drama in places where it was completely unnecessary. Among other things, the plot of Yuri, which did not find a real resolution until the end. Or Miki's girlfriend who was practically forgotten until the end. Not to mention several moments where the characters should have died and still survived. These were still comprehensible due to the slow enemies. Why some others couldn't escape, however, was completely questionable. But cannon fodder can be killed quickly, although the plot had enough to compensate for all the deaths. With the explanation of the origin of the "virus" [Story 5] During their struggle for survival, they meet new survivors and get closer and closer to the origin of the apocalypse. While they try not to waste their last days. The concept of the story is a little different from the well-known American zombie movies, they use the same scheme. However, here there is a difference, the psychology of the characters is in the foreground here and how the whole world affects their minds. The implementation of the final arc with the Randall Cooperation was interesting at first but possessed a mostly disappointing and too quick result. Reminded me slightly of "lord of the rings" in terms of the perspective of the narrative, by the way. In other words, the perspective of the protagonists concerning the plot was that of Frodo. [Charktere 6] This was the biggest focus on the manga, hands down. However, a completely double-edged sword. The character who delivered it best was Yuki. Which could not face reality and imagined everything was fine. In the course of the plot, she opened up more and more and later understood the truth. But she always kept it to herself to keep the others positive. Also in the Yuri arc, you saw how she developed and tried to respond to Yuri as she had helped her before. What later became clear through the drawing in the notepad was that Yuki has already arrived in the present. With Miki and Kurumi, on the other hand, there is less to say. They did possess their problems and also fluctuations of will. However, little developed there. Only Kurumi's development of her body was interesting to watch. How the virus reacted to her and under what circumstances it brought her. Yuri's arc, on the other hand, disappointed me for the most part. Even though it succeeded well in showing the development of Yuki. So Yuri's arc had too little approach, came much too spontaneously, and also ended without real resolution. Most of the other survivors were unimportant to the plot and had no reason to exist in the manga. Their only reason was merely to bring more life to the work so that the characters wouldn't have been so lonely. It would have been enough to introduce the doctor alone. [Drawings/Backgrounds 6] This is the very clearest difference between anime and manga. By being much more detailed and gritty, the manga has managed to create a very good atmosphere. Certainly, the drawing style of the characters was quite mediocre and did not fit much to the actual setting (similar to Higurashi). Conclusion For any horror/psychological and especially fan of "zombies" I can highly recommend this manga. It has required improvement in several points and has wasted a lot of potential. But it has also been very convincing in several aspects. [Enjoyment 8]

Really good zombie manga. MUCH darker than the anime, which itself is quite dark. I eagerly hope we see a season two adapted from the later manga bits...

I probably chose the worst time, since during depression season, the last thing you need is even more sadness. A great series exploring themes of "growing up" and "moving on". Has inconsistent pacing and tonality, from juggling between slice of life and horror. This means I often realized a conflict existed when the conflict was already over, but also made every jump-scare or reaction shot that much more effective, since you never knew when something horrible will happen, when another friend will die That was the first half. The second half is much weaker, first losing the themes, then losing all risks and fears on 66% of the story. I also hated the pseudo-science sections, they just didn't fit with the series. A horrible translation may be one of the reasons I had a hard time following the story. I'd still recommend it with a 7.5/10 score. The first half being so strong, it carries the second half on the shoulders of lingering feelings alone. TL;DR Great read, terrible timing 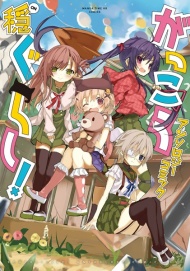 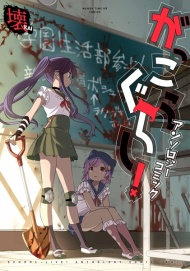 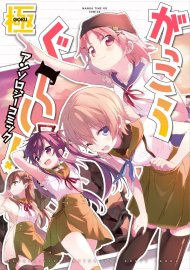 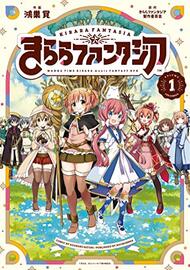 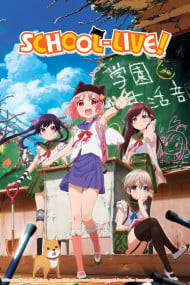