Scent of a Witch - Recommendations 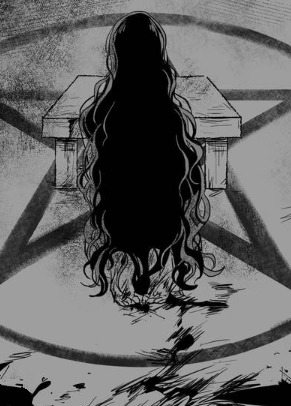 To Take an Enemy's Heart

After his clan is slaughtered by the ruthless Master Igen, young Kassan is brought back as a trophy slave to serve Igen’s twisted whims. Fellow slave Lanour is the only one who cares enough to risk their master’s wrath. But Kassan falls for Igen, not knowing this cruel man is the one who had his family killed years ago. Love is never simple, as Kassan will learn that his brother survived the massacre and is plotting vengeance upon Igen.

Both series are stories about courtly politics and intrigue centering on a forbidden romance.

Where the Wind Stays

To break an ancient curse that plagues the royal bloodline, young Prince Tasara is destined to be sacrificed in death. Nara is enlisted as a palace servant to carry out the prince’s execution when the time comes. But he develops a soft spot for the cursed prince, and after committing an atrocious and unforgivable act against Tasara, Nara is desperate to right his wrongs. Soon, their lascivious relationship that had been kept under wraps tests his resolve. Will Nara be tempted away from his original mission? There’s no telling how far he would go to earn Tasara’s forgiveness.

These two series have a similar vibe, and involve court intrigue and supernatural figures who may or may not be how they appear

Flower Under the Lantern

“Soho Baek” is the sole survivor of his clan when they are killed after falsely being accused of treason. Brought to the imperial palace to act as the emperor’s curse bearer, he spends his days in loneliness and pain. When Prince “Jugyul,” now the only remaining son of the emperor, appears in front of him and showers him with kindness, Soho can’t help but fall in love. Can true love genuinely exist in the imperial palace, or does Prince Jugyul have something else up his sleeve?

Black Eagle in the Sahara

On the outskirts of a faraway desert oasis, there once lived a charming young slave trader, known throughout the land as "Black Eagle". One day, one of Black Eagle's former slaves, Gran, captures him and has him taken to Alkil, a skilled animal trainer. Alkil's semen contains an aphrodisiac that makes any human obedient to him. Black Eagle was to train under Alkil until he became an obedient plaything for Gran. However, Black Eagle refuses to yield, and Alkil starts to view this tenacious slave trader as someone special...

Sadistic Beauty: Side Story B

On the day Doona, who he always thought was one step lower than him, received the grand prize, Byun Min-ho, who was watching Doona from behind receiving everyone's congratulations, climbed up to the roof of the school and held his breath due to subtle emotions mixed with jealousy and defeat. Cried out without anyone knowing... Cha Woo-kyung, who secretly watched him, has been dreaming of having him alone since the day he saw Byun Min-ho's unpretentious expression on his face. 7 years of waiting. It starts today.

Noah, an orphan with a rebellious attitude, is deceived by a friend and put up for auction. Gilbert, the person who bought him for 200 million was rumored to be a ruthless man. Noah was prepared to be treated badly, but during his first sexual encounter, he was taught pleasure he had never felt before. "I should have wanted to escape, but I was gradually moved by the clumsy kindness of Gilbert and the reason why he bought me."

Chou to Kumo no Su

The handsome and strapping Prince Rix Vanus has returned to his homeland after winning a brutal war against demons! And yet... cursed by a vicious demon, the warrior prince is tormented nightly with shameful, lust-filled hallucinations as the demon takes the lascivious form of all his associates. Escaping to the wild, miraculously, a benevolent divine spirit named Nuah joins the prince, seeking to break the curse and ease his suffering. And now, his nights — and more — are filled with Nuah...

The warrior who helped save the world five years ago is left feeling empty. Deacon, a former warrior, has since been reduced to a beggar. Hoping to earn for a living, he signs a contract to work as a research assistant for a wizard named Lagavi... “Five years ago, you were dealing with so much more. You are the only one who can cope in an event of an emergency. So, please do your best,” said the wizard as he smiled innocently. Little did Deacon know, nothing was what he'd initially expected~

Woo Hyung’s life has hit rock bottom. He’s traumatized after several days of being imprisoned and raped by his brother-in-law, an event that eventually left him both wifeless and jobless. His only way of coping is sex, and two very different men who can provide exactly that show up in his life. Caught between the two people who each drag him into their orbit, Hyung sinks deeper into obsession fueled by his trauma, and it seems like there’s no escape from his despair…or is there?