Scary Manju of the Dead - Recommendations 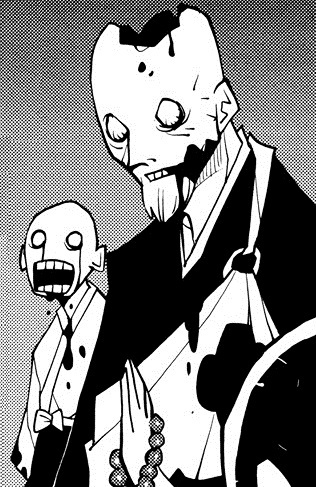 If you're looking for manga similar to Scary Manju of the Dead, you might like these titles.

A black comedy about a father and son who move into a new town where everything is just plain weird as they struggle to find work and get about their daily lives.

In a zombie apocalypse, he looks for a perfect death in the arms of a beautiful zombie girl...

Zombies can turn humans by both biting them and as a STD. Now that this virus is running rampant the government is trying to control it by putting a collar on ever zombie over level 3. Unfortunately for Yukio, he is a level 3.

A different perspective on the zombie apocalypse.

During the communist era of China, the people live in desperation. In order to survive, some men have taken to the profession of grave robbing, reclaiming valuables that were buried with the dead. For one team of professionals, however, opening the door to a famous tomb will reveal a much greater horror than they could have imagined...

A horror tale of two girls and a ponytail.