Saving the Villain from the Heroine - Reviews 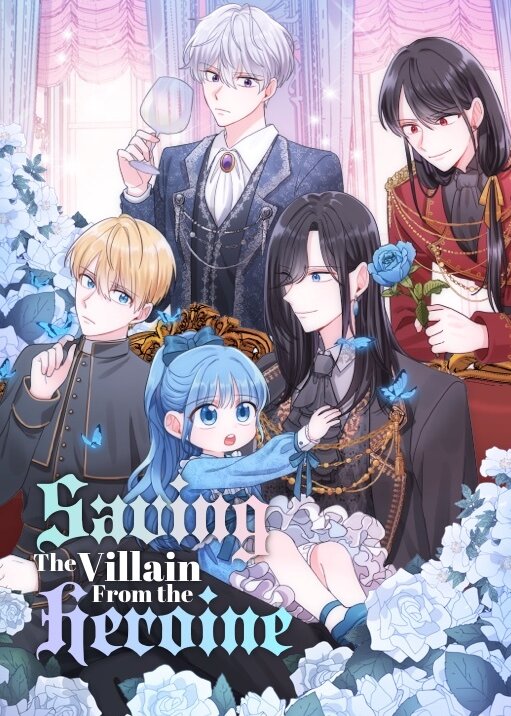 The main character read a book in her past life that told her everything that was going to happen.  So, to spare the life of a villain who has treated her kinda-nice as his maid, she takes the poison for him.  It pulls a Meitantei Conan on her and woop- now she's a child... and the guy's kind of a jerk (hello?  He's a villain?) and nothing really goes well for her, but the whole thing... is boring.  At least to me.

I'm not sure if its just how the author told the story, or the below average art, but I really couldn't get into it myself.

None of this shit makes any scenes. I read 6 chapters and it was just one little thing after another driving me insane. Maybe this can just be written off as bad translation but the dialog was literal gibberish and it seems like no one can answer a straight question in this. There's a mountain of exposition in every chapter that makes the story both harder to follow and dull as watching paint dry. The ML is also nobility while the MC is just a maid so why is he babysitting this weird toddler-teen again!? And Why are 2 nobles that supposedly hate each other sitting around a table discussing important things while there is a child sleeping RIGHT THERE? You can't have it both ways people. Both a big house and limited rooms.

Last but not least is that stupid dinner scene! I don't know if this bother anyone else there were like 5 panels where the MC just dropped a bunch of stuff on the floor for shock value and NOTHING HAPPENED. She dropped a cup? It magically dissappeared before hitting the floor! She dropped a spoon? Oops, thats gone too!

And now the Grand Duke is suddenly getting married to a lowly maid??? How!? Why!? What is even happening!?

Shut up with you lazy ass writing and come back to me when you can finish a full thought better the at least a dementia patient author-nim.

The story isn't all that bad

it's another one of those reicarnated and try to survive. Art has a lot of cute moments

Saving the Villain from the Heroine suffers from a lack of characters, and the author's unwillingness to explore any interesting ideas.

The story is about Sielle, a woman who died and was reincarnated into a book she once read. She becomes the villain's and using her knowledge of the book saves his life. In doing so she becomes a little girl and is shipped of to a family of (supposed) assassins.

Thats the most interesting way i could write a summary of the story. Its incredibly bland, boring, and straight up doesn't make sense. There is no exploration of her previous life, only a one off statement that it was harsh and she might have been abused. Her new life in the slums before she becomes a maid is completely skipped over and ignored (how do you skip over the story of how an orphan child survives extreme poverty?). Her explanation on how she became a maid is so laughable that I wonder if the author simply had no idea how to write it in the draft and it was made up by the editor before printing. Any in-depth world building or just general discussion about the kingdom, the grand duke, the assassin family is either skipped or bare bones. Hell, the fact that the head of the assassin family is IMMORTAL is literally written off as unimportant.

In essence the story struggles from being extremely shallow. Plenty of potential for development, but nothing is ever explored and everything feels extremely hamfisted. There really is no point in this being an Isekai except so the author could slap the tag on the series.

As for the art, its average at best and just kinda bland at worst. Nothing impressed me or even made me want to look at it for more than a few seconds.

Characters are boring and 1 dimensional much like the plot. The MC literally has no goals or ambitions, the other members of the main cast show little to no emotion ever. You can see that the author was trying to give them a personality from some of the writing, but it never really shines through, especially since they have blank faces 90% of the time.

Overall, a bland, boring story that has potential but its seeming hatred of any sort of depth or discussion in characters, world, plot leave it lacking.

The story doesn't make sense like the other reviews said. However what bothered me the most is how the FL acts. She was a office worker?? in her past life so i'm gonna guess that she was a MINIMUM of 20 years old. In her new life, she lived until she was 17 years old (before she turned into a child). So let's just say she's 37+ years old.... but she acts like a 7 years old. I'm genuinely confused on why a grown ass woman is acting like a baby. Just because she turned into a child doesn't mean she mentally turned into a child as well. "I'll give yew a cookie because i lwike you" shut the hell up??? lmaoo