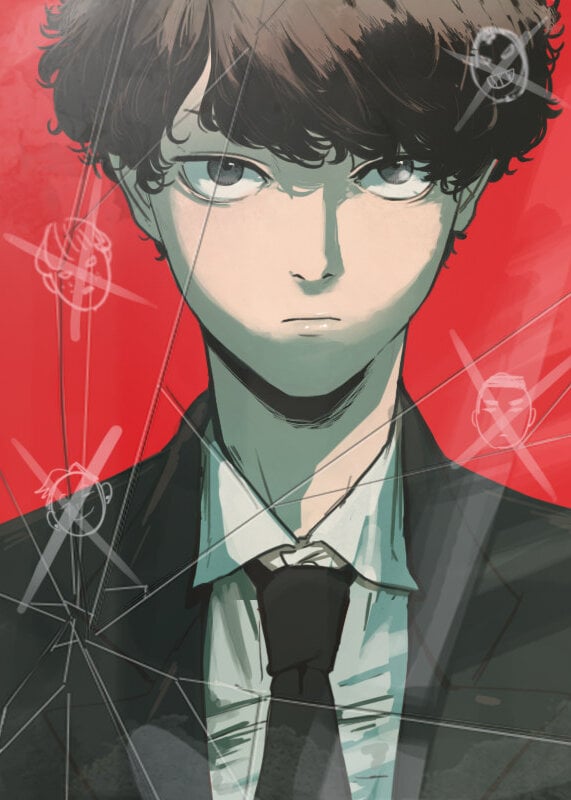 This Manhwa was very surprising. That ending was something no one expected but those people who did what they did got exactly what they deserved and I’m glad they all suffered for what they did to Heongoh. I almost cried on a certain chapter (spoiler alert). It was already bad enough he was being bullied for being crippled but then his bullies force fed him laxatives and he crapped himself in front of everyone and couldn’t do anything because once again, he’s crippled. You know the psychological damage that boy has been through and then this to top it all off? Pisses me off every time I think about it. Anyways this Manhwa is 10/10 recommend for everyone who enjoys psychological, drama and school related stories. Also for anyone who has ever been bullied like myself, you will fancy what happens to these bullies. Heongoh was definitely saved.

Bro hands down....this is one of the best psychological dark revenage reads I've ever read during this pandemic time. I also want to let the people know that Namsoo is literally best boy for kicking nearly every bullies ass who ever plans to consider touching Hyeongoh. Those red eyes man were literally yassssss whenever he was aiming for the bullies lol. His sneaky attacks bro are literally gold lol. He's such a sweet Yandere seriously, especially when he gave Hyeongoh a basket of goodies while he was off schoo!! The pair of them are just so cute together (btw this manhwa ain't BL folks)💓💓💓💓💓💓💓💓

Like dude it is friggin not cool to bully someone just because they are in a wheelchair! This manhwa really shows how bullying absolutely can destroy people's lives. It boils my blood when there's nothing done about it and yet in this manhwa, we see all adults in this (except Hyeongoh's parents) be absolutely useless motherfudgers when events like this occured. You honestly feel like going into the story and give the adult characters a shake to them to WAKE THE F UP WTF ARE YOU DOING?!?! YOU SHOULD BE STOPPING THIS INSTEAD OF THINKING ABOUT YOURSELVES.

I just hated the teachers, the police and even some of the bullys parents, like they were such useless motherfudgers that made me blood boil like fire 🔥🔥🔥🔥🔥🔥

Btw to end on a final note, if you see someone bullied or if you are experiencing bullying yourself, PLEASE DO NOT HESITATE TO TELL SOMEONE AS NO ONE SHOULD GO THROUGH THIS EXPERIENCE ALONE! ALSO DO NOT FIGHT BACK LIKE NAMSOO DID, YOU'LL GET INTO HOT WATER IF YOU DO SO AGAIN TELL SOMEONE PLEASE!

Ever wanted truck-sama to grant your dying wish so badly coz you felt obligated to get isekaied into the manhwa world, join forces with a vigilante at hand, AND SERVE KARMA TO irredeemable dirtbags COLD?? WELL FOLKS this manhwa gave me the urge to serve delicious retribution with Namsoo!! But it's fiction so screw that thought.

There's a lot of foreshadowing in the story with Namsoo taking first place (has always been Hyeong previously), Namsoo's smile being called similar to Hyeong's, and even his real name on the notebook (but we didn't know that far ahead yet it was just a clue). When his revenge strike commences you can see his eyes go red whenever he's in battle mode, I legit thought he has some degree of superhuman powers due to the hint given off from the notebook. The said listed "foreshadowings", coupled with the red eyes and occasional suspense led me to come up with several theories that could explain the whole shit. So firstly, I imagined Namsoo to be a materialised "Tyler Durden" with an acknowledged existence. Secondly, is Namsoo being from an alternate timeline, travelling to a period to help the wheelchair-bound counterpart of himself. Before I go further, I already figured my theories by then are bullshit since there's no introduced evidence of supernatural elements other than the fact that Namsoo's eyes GO RED (it's just a stylistic choice apparently). The reveal at the end still meets my expectations tho, it was sad and heartwarming and satisfying all at the same time. Namsoo's sociopathic behaviour stems from a lonely childhood.... that's how, upon the discovery of his twin Hyeong's existence, the fact influenced him to pour all his suppressed sociopathic tendencies towards those around that person he holds dear, and only fixates on getting that person's notice. I initially thought his motive was just to look good in front of Hyeong, boi the obsessiveness he develops later on was just intense lol.... Also, the satisfying part was the punishment for the bullies. *big fuck yous to dem dirtbags*

I read this a little over a year ago and was hooked (planning to read again though!!), and it's still probably one of my favorites if not my favorite psychological manhwa.