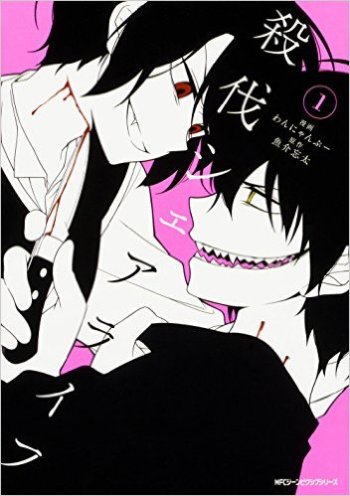 There's Roh the werewolf, Tohru the transparent human, and Koh the vampire. What on earth will happen to Maria now that she has come to live in the same house with these three strange cousins?

For Love, For Blood

As a famous food broadcaster, Li Ke'er was born without sense of taste. Shao Yan, the president of Shao’s Group, is burdened with a curse. Meeting each other accidentally, Shao Yan found that Ke'er's blood can help oppress the curse on him, thus he decided to try all means to make Ke'er cooperate with him. Will a love affair with a motivation be blessed?

Taito has been really sleepy lately, and keeps dreaming of a female vampire who says she has given him her "poison." Sometimes he even thinks he hears her voice when he's awake. But after surviving an accident that should have killed him, Taito's world changes drastically and he realizes that his dreams are more real than he thought.

From generation to generation, the Oike family has handed down the vocation of exorcising a cursed box. This bizarre fantasy weaves humans and phantoms into a story revolving around Miyo Oike, a descendant of the Oike family.

Cheon Ki-Joon is a vampire cursed with a huge burden; if he drinks the blood of the person he loves, they will eventually grow sick and die. He resolves to live his life without harming another human when in comes Yoon Han, a wealthy playboy who saves Ki-Joon from the brink of starvation by agreeing to start harvesting human blood for him. Maintaining this relationship with Yoon Han, Ki-Joon has managed to resist his carnal instincts for the past ten years, but things take a complicated turn when Yoon Han wants to know why Ki-Joon will drink anyone’s blood but his...

The knight was originally meant to rescue the princess from the evil villain, however, since the princess had already gotten married with the evil villain, the knight wouldn’t be able to ever accomplish his errand. While in confusion, he incidentally rescued a vampire. What he didn’t expect was that the vampire would end up being such a bother! The lustrousness of the knight’s blood made it the vampire’s favorite food!

In the modern world most people live ignorant of the supernatural. Vampires exist with superhuman strength, speed and regeneration; they can control humans with a gaze and control their will for eternity by feeding them blood. Kuroe is a man whose calling is vanquishing vampires. His will, the legacy of his name and a vampire's curse give him the strength to hunt the one responsible for the loss of his sister. Yet he lives to atone for his mistakes. Misaki is a new vampire who was recently turned after Kuroe was unable to protect her. Now she lives under his, protection and in passing they calm each other's wounded hearts. Under reoccurring vampire threats the two grow closer together and develop an enticing bond.

Aspiring teen dollmaker Kashiwagi Kotoko runs into her favorite doll designer, Fool - and he curses her with a shinshoku kiss. Now Kashiwagi has to make dolls for her or else Fool will turn her into an old lady!