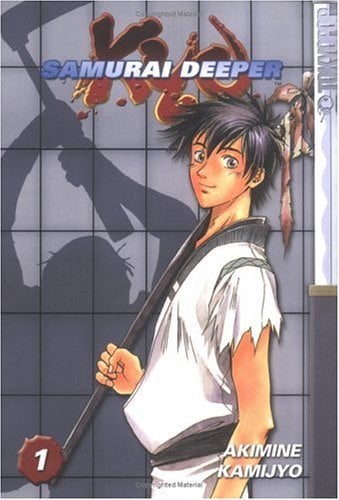 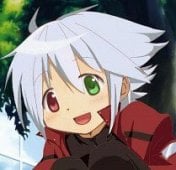 I was amazed at how no one wrote about the similarities between kyo and kenshin. They're both samurais and comedic characters, but when endangered, they become "demons". The only difference is that kyo has a split personality, whereas kenshin is always himself: he just acts differently. They're funny and action-packed adventures, so yeah, if you liked one, you should definetly check out the other.

Samurai Deeper and Rurouni Kenshin are both about a samurai who have a bloody past and would only use his sword to protect other people. The main characters (Kyoshiro and Kenshin) who is both known as the strongest samurai, find people he can trust and fight along side with and a girl he likes.

Like Samurai Deeper Kyo, Yu Yu Hakusho is also quite addicting, from my experience. Both have Awesome battles, fun and interesting Characters, and of course their chunk full of action! If you enjoy, or enjoyed reading Samurai Deeper Kyo, you'd also love this manga. 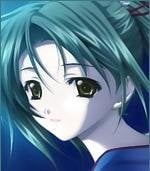 If you liked Samurai Deeper Kyo, you'll like Code Breaker. Both being from the same mangak, you won't be surprised by the similarity in the design and the story telling. Both are about a young man at first looking like a dangerous person bearing an incredible power, but the main girl will be able to gradually change him and reveal that the main male isn't as bad as he seems to be. A lot of actions, awesome fights and great story telling.

"Stop your evil deeds and take the right path!" That is the creed of Youko Tama and her younger step brother, Jinka Sendou. The two demon siblings travel the country to stop the deeds of all evil doers, along with a scaredy-cat swordsman they picked up along the way, Hyoudou Shinsuke. During their travels, they will come across a monk organization with more than suspicious methods and they'll soon be at war.

If you liked the feel of reading Sengoku Youko, the you will definetly enjoy reading Samurai Deeper Kyo. Both of them give a similar vibe.

Hotheaded, cocky Yaiba Kurogane is a would-be samurai who’s been trained in the jungle by his father for his entire life; but soon, Yaiba finds himself in Japan and in a whole new world! He quickly meets the Mine family and defeats Onimaru, the head of the high school kendo club, who vows to take his revenge on Yaiba. Later on, Onimaru stumbles across an evil sword and is possessed by the demon sealed within it, making Yaiba’s life even more difficult. Now, Yaiba must wield the powers of Raijin, the thunder sword, to help stand a chance against Onimaru’s newfound evil ways. He will train hard and find new friends and allies in his quest to stop the ultimate evil!

Kazama’s family died in a mysterious explosion when he was still young and since then, he has not been able to come to terms with their deaths or even with himself. He emotionally distances himself from everyone and his aggressive nature gets him the nick name “Real Life Combat Game Character.” Years later, Kazama, now in high school, gets close to death after a car accident. As he accepts his fate, Sky Blue enters his consciousness. Somehow related to the multicolored meteors that were seen all around the world on the same day of Kazama’s near fatal accident, Sky Blue is able to control his body. The teenage-looking Sky Blue is able to control Kazama’s body movements and even his speech. He falls for the beautiful but cold Haioka Anna and when she gets kidnapped, Sky Blue takes over Kazama’s body, unleashing enormous amounts of power and strength.