Alt title: "Love" Will Be In Full Bloom! 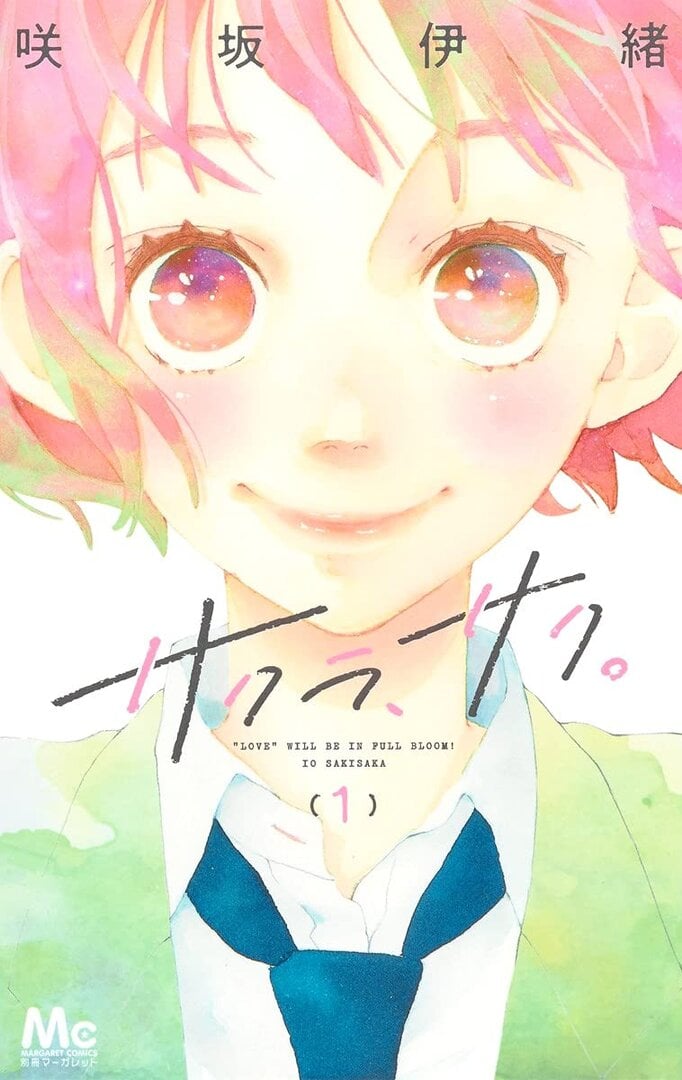 Both manga are from the same author ... Kinda of similar feeling while reading.. some pretty lovely art and heart flattering moments ....

Both manga are from the same author and if you're a fan of her works like ao haru ride, Strobe edge or love me love me not, you will absolutely love this .. they both give similar vibes to them with the author way of conveying young love and friendship..

Little did Nao Kogure realize back in middle school that when she left an umbrella and a box of bandages in the rain for injured delinquent Taiga Onise that she would meet him again in high school. Nao wants nothing to do with the gruff and frightening Taiga, but he suddenly presents her with a huge bouquet of flowers and asks her to date him—with marriage in mind! Is Taiga really so scary, or is he a sweetheart in disguise?

Both are fluffy cute shoujo manga with kinda of similar themes to them... Both have beautiful art and likable leads...

In the Clear Moonlit Dusk

Yoi Takiguchi has long legs, a deep voice, and a handsome face...in other words, Yoi is such a good-looking guy that most people don't notice or care that she is, in fact, a girl. Indeed, she's had the nickname "Prince" as long as she can remember. That is, until she met Ichimura-senpai...the only person who's really seemed to see her for herself. To her surprise, she's not sure how to handle this new relationship, especially when her newfound friend is a prince himself (and a guy prince, at that). The story of the two high school princes starts here!

both are really cute shoujo by some of the most well known authors in this genre ... the ml and fl in both manga are likable... the art is great, too.

Haruna has never been feminine; she was the star pitcher of the softball team in middle school and didn't focus on relationship, but now that she's in high school she has a new goal: to have a shoujo manga-style relationship. While Haruna tries to be attractive and get a boyfriend, she has no idea how to accomplish her goal; and thus, she recruits the reluctant Yoh as her coach. Yoh is very attractive and dislikes women and the problems they cause, but is impressed by Haruna's determination and agrees upon one condition: she promises not to fall in love with him. Thus begins the crazy relationships of Haruna, Yoh and their friends as they all struggle to find themselves and their true loves.

Pretty different but similar at the same time in terms of how the story develops as the fl thinks she is in love with someone but a change of heart happens by time...

Is it possible to be so transfixed by a stranger? Asano Miwa and Harmana Ichiro found themselves crossing paths as random strangers but what brings Ichiro to suddenly grab Miwa and what is Ichiro's secret? Is it a fairy tale ending or misfortune that awaits them?

Ayu can only love her childhood friend, Kuma. Realizing this while she's in bed with Motoharu is a bit strange though. But she's determined to give her first time to Kuma, and Motoharu who loves her, wants to help her?!