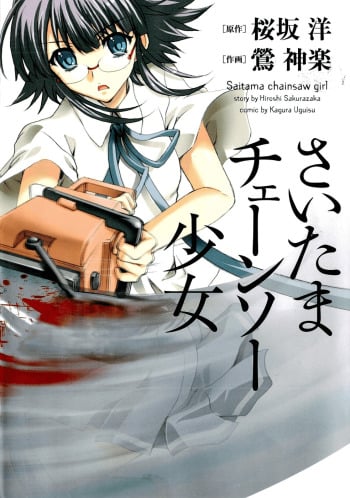 Fumio is a woman scorned. She’s alienated from her dear friend Kaoruko, but more importantly the love of her life, Takumi, appears to have fallen for a new transfer student at school. Upset and realizing that she can’t live without him, she does the only logical thing: she gets her chainsaw, builds up her resolve, and goes to kill both him and herself... 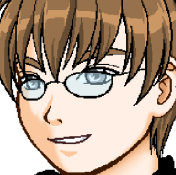 I'll start by saying I actually found this little gem while looking for Horror manga, I believe. Well, I'll say it right now - I wouldn't call it horror, and calling it a thriller is also a bit difficult for me, although that would probably be the closest genre to defining this manga. It's a really short manga, and tells its story in one volume. Now, it may seem a bit short, but it still delivers the effect. The manga, which is based on a short story by the same name, centers around a high-school girl named Fumio, whose boyfriend, Takumi, seems to have fallen for the new transfer student. She has a fight with her best friend, Kaoruko, regarding the matter, and everything starts going downhill from there. Seeing no other way out, she decides to murder Takumi, and then herself, using her chainsaw, as apparently she has been trained to control the chainsaw during her childhood, and doing whatever it takes to do so. I won't spoil the rest, but I'll just say it was a pretty deep, although a bit weird, experience reading through this manga. A few parts seemed a bit off, perhaps a bit unrealistic, especially during her race to kill Takumi, but I won't add anything regarding that. In general, the story was something almost anyone can relate to - The pain of losing someone you love, and trying to deal with it. This manga takes it to the extreme, but still manages to somehow express the emotions that follow such events. I do believe the characters were INCREDIBLY underdeveloped. I don't think they could've done better with just one volume, but I still felt that I don't know enough about the characters, which made the conflicts at certain parts appear somewhat bland. The ending was pretty shocking, and I had many mixed feelings about it. I won't spoil it, but I will say that it made me really crave for a sequel. I think many people were and will be really annoyed by it, and I do think that the ending was what made most people dislike the manga as a whole, but I, personally, think it was pretty well done. To sum it all up, I think anyone can pick up this little gem and read it, as long as they keep an open mind about it. I wouldn't consider it a conventional manga, so be prepared.