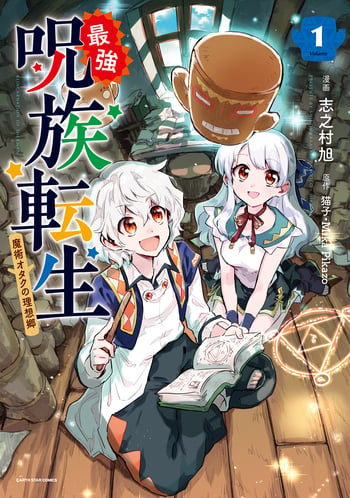 If you're looking for manga similar to Saikyou Juzoku Tensei: Majutsu Otaku no Utopia, you might like these titles.

A girl who regrets dying without being filial to her parents, she wishes that in her next life that she will have a body that is invincible. God decides to grant her that wish, she awakes suddenly in the body of a baby... Could this be reincarnation?

In this world, a person’s past life karma determines their Rank at the time of their rebirth. A man who was so virtuous that even god was surprised was rebirthed as the son of an aristocrat, Alexander, where he started his SSS-Ranked life! With wits as his weapon, he meets any expectations to the dot and establish his position with lightspeed! The curtains to the greatest successful life opens is raised!

Lived for the sword, died for the sword. There's no regret in in his lifetime– only one thing, but only admiration remained. One day Souma recovers his memory from the previous life, but that happens on the same day he's branded as an incompetent person. Denied by what he longs for... However for Souma, it's got nothing to do with him. "I want to use magic." Ancient ruins, underground labyrinths, demon's territory, forest of witches. If you hear something about magic, you head there without hesitation. This is the story of such a boy.

One day, a martial artist named Ash was suddenly reborn into another world. He decided that he will become a sorcerer in his second life.He went through harsh training after becoming the apprentice of the former hero, Morris. Then, the "Emperor of darkness" suddenly appeared! Right when the end of the world was approaching, he one-shotted the demon lord?!

Shadowbrokers are those who go unnoticed, posing as unremarkable people, when in truth, they control everything from behind the scenes. Cid wants to be someone just like that more than anything, and something as insignificant as boring reality isn't going to get in his way! He trains in secret every single night, preparing for his eventual rise to power—only to denied his destiny by a run-of-the-mill (yet deadly) traffic accident. But when he wakes up in a another world and suddenly finds himself at the head of an actual secret organization doing battle with evil in the shadows, he'll finally get a chance to act out all of his delusional fantasies!

"Hmm...I have no talent."... is what Yuan grew up in the mountains thinking. He's a normal kind-hearted boy, but of the unusual things about him, is that his parents are a sage and a master martial artist. In other words, the world's strongest. Since Yuan was told he was the weakest, he leaves home to make his dreams come true.