Sadistic Beauty: Side Story B - Reviews 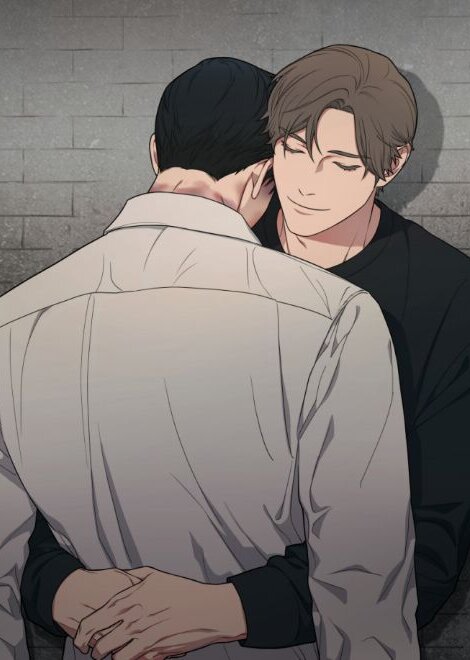 Despite what the tags say, this is not BL nor is this romance. This is pure rape, torture, violence, and cruelty where Minho is subjected to sexual, physical, and psychological torture. If you're into this sort of stuff, go ahead, I won't call you messed up in the head or anything *nervous laughter*, but if you're a person who is disgusted by such content, don't read this because you will hate every moment of this manhwa and you'll leave with new mental scars.

I'm not someone who can't handle violence, etc., but when certain works go as far as fetishizing the brutal rape of a character crying out for help only for the sick viewing pleasure of others, that is where I draw the line. I didn't think that fellow human beings would want to stoop so low as to normalize and fetishize the rape of another person, especially an innocent one.

On her twitter account, the author of Sadistic Beauty has gone as far as mocking what is happening to Minho, stating he "deserves it" 🤨 when she is the one who created his character in the first place... so whatever he did that she doesn't like, well, lady, that's how you literally wrote him LMAO.

Minho has never raped anyone, murdered anyone, he has never done anything bad enough to justify the way he is being treated--tortured--right now, but the author insists that he "deserves" it. A bit disturbing, I dare say, saying that another human being "deserves" to be brutally raped. No one deserves this but sick bastards who do this to others, and last time I checked, unlike Cheon Doona and Cha Wookyung, Minho is NOT a serial rapist!

The author's response leads me to believe that she is projecting her hatred and bad experiences with a man from her life onto Byun Minho's character, and that she may hate men as a whole. Notice how the lesbian couple and the straight couple [both include a woman] had a happy ending, but she uses the leftover men to create a "gay" "couple" in a side story which isn't even BL, it's just Cha torturing and raping a very straight Minho. The author may even hate gay men. This entire sidestory reeks of fetishism and homophobia put together, making it all the more sickening.

Also, just imagine how immature you have to be to resort to torturing fictional characters to cope with personal grudges from real life, embarassing, really.

Plot: There honestly is no plot, the story is just Cha keeping poor Minho locked up and raping him when he comes home.

Art: The art is very nice, and take note that the author of SB is different from the artist of SB, go support the artist (their work is wonderful), but someone needs to boycott this damn author for god's sake.

Characters: A psychopathic serial rapist (and perhaps also future serial killer, I can see Cha going the Sangwoo route) monster meets a poor innocent straight guy who is at the author's mercy due to having bad experiences with men in her personal life. All in all, they make for terrible characters. Love Minho, hate Cha.

This is the most disgusting manhwa I’ve ever read this year like it is absolutely no excuse for anyone to be chained up and raped for personal gratification. I wouldn’t even consider labelling this a BL because this is not a romance story between Minho and Wookyung. It really is sickening so if you are coming for something wholesomeness , this ain’t it chief. AVOID!

I very much prefer the GL, it’s honestly the only one from the Sadistic Beauty series that’s a whole lot decent!

Disgusting is the just rape nothing more the Auther should be ashamed to call this romance at all, let alone bl! No tw has more about it for all the rape, abuse( mental AND physical) and other shit this cha bastard does! The art is fine pls support the artist BUT NOT the author, they are two different people!!!!!!!!!!!!!

This story is horrible? Yes maybe.

But is this romanticization? No and I think that fact make this story better than most of others that sometimes have horrible things in a way that most of ppl don't realize how toxic it is.

I like this story as I said bc is not a "I love you too" stuff as other webtoon. Technically this webtoon is just showing how bad can be a psychopath "in love". But u never saw Minho falling for him what makes me kinda happy.

Obviously is not a story for all kind of ppl the main like stuff is not like trying to make it natural...

Before ppl say that in the other webtoons the main leads and mental issues...just saying obviously Doona also have and Minho start to have bc is stuck in that apartment...and not bc of it that he fall for Doona or think that he is the only for him...

I read this to see what's up based on the other reviews, and honestly I don't think it was that bad, yes, there is sexual assault and abuse, but I don't think it was romanticized, there was just nothing clever about it. Also I wouldn't brand this as a standalone, there were a lot of references to the main story and I definitely missed a context, preventing me from being truly invested. If you are into psychological BL or whatever it's called, there are better options, and again, this is not a standalone.