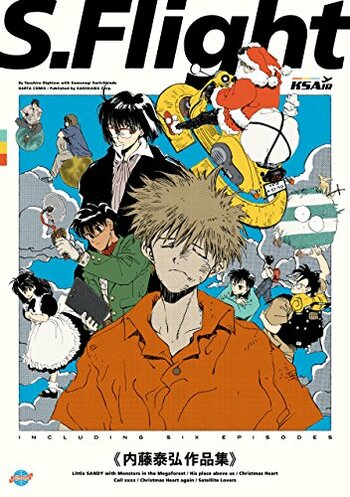 A collection of Hoshino's early science fiction short stories (of which the one-volume US release includes only two). Saber Tiger: a team from the 25th Century is sent back in time in an effort to protect their caveman ancestors from harm and thus increase the size of the future genetic pool but they may have underestimated the power and tenacity of the age's predominant predator. The Planet Of The Unicorn: a team of scientists and assorted test animals land on an Earth-like planet in order to ascertain its suitability for colonisation. At first the planet seems ideal but after their ship becomes bogged down on the ground it soon becomes clear that something about the planet is causing both humans and animals to act in unnatural and undesirable ways.