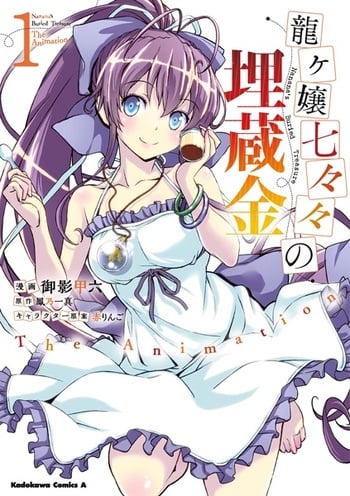 If you're looking for anime similar to Ryuugajou Nanana no Maizoukin: The Animation, you might like these titles.

Are you a victim of unwanted spirit possession? Is there a ghost you need sent up and away... or down to burn for all eternity? If the answer is yes, then you need Muhyo and Roji, experts in magic law. Serving justice to evil spirits is their specialty.

The God Yato decides to possess the body of Hiyori to get to know how is the life of a normal secondary student. Meanwhile Hiyori tries to recover her body, some funny and weird things happen.