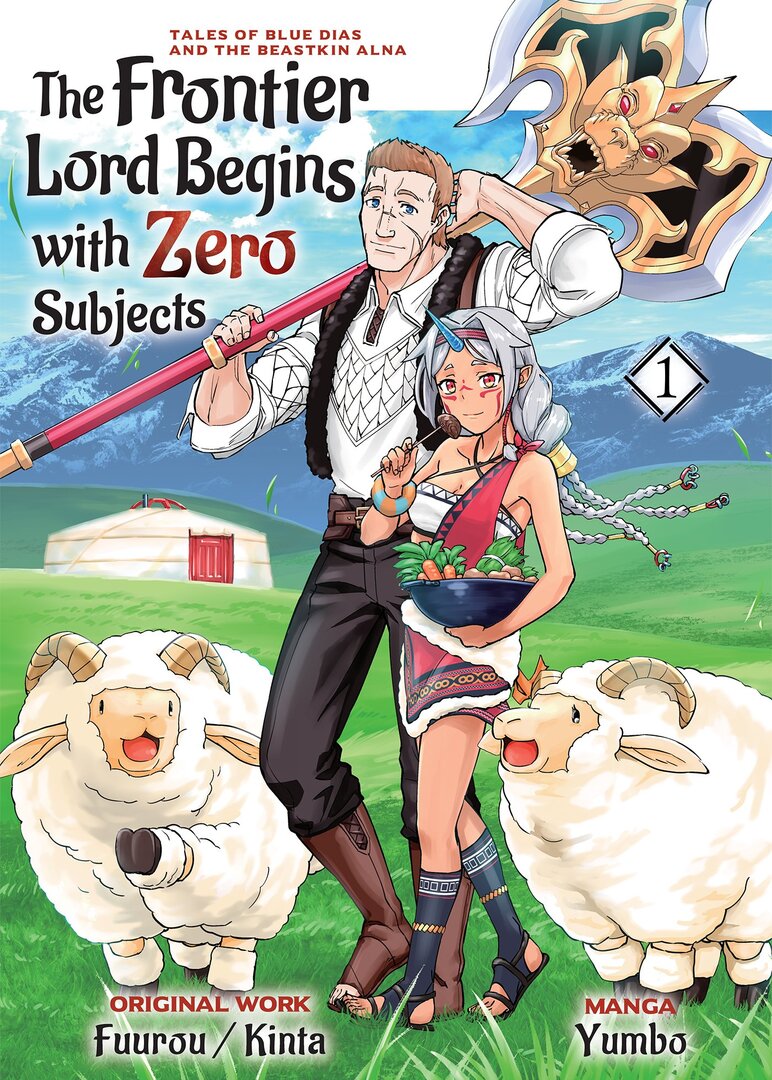 If you're looking for manga similar to Ryoumin 0-nin Start no Henkyou Ryoushu-sama, you might like these titles.

If you like watching a kingdom being built, OP MCs, and stories with characters that feel genuine and have real heart. Then these stories are the ones to read. There are good world-building to be had as well as interesting magic and action. It's a fun story to enjoy however you look at it.

Heal, the prince of the kingdom of Sanfaris was born with the unfortunate crest of ‘Cave King.’ Because of this crest, he was relegated to being lord of a remote island by his father the king. Of course, there were no people there, and no trees or plants. It was an island with just a single cave. However, the moment that Heal picked up the pickaxe inside of the cave, the ‘Cave King’ crest was activated. Its effect was specializing in mining, allowing you to efficiently mine all kinds of ore.

Hiyumi is an ordinary teenage girl who, when her father told her they were going to move to Nagano prefecture, immediately pictured life in one of the biggest, liveliest centers of Japan. She never expected for them to move to one of the least populated towns in the area. A town which takes a mile-long walk to get to a single convenience store. A town where you can count the different families on one hand. That type of town. Anyway, let’s watch Hiyumi experience her new life in the boonies.

Adventurer Kaito, in a stroke of misfortune, fell to his death due to the accident in the dungeon causing the crust to split and diverge. However to his luck, the place where he fell was a resting location of a Titanic Ship from the age of gods. Kaito who was left with only a soul, fused with the titanic ship in a form of a whale, gained an immense power strong enough to destroy even a country in instant.

As a member of the hero's party, Arga hid his identity and was on a journey to subjugate the King of the demon with the hero. At last the party chased the demon king, and Arga brought him down. However, the hero insists that he was the one who killed the demon king, and then charges Arga with an innocent sin and banishes him from the Imperial Palace. The warrior who devoted his life to the hero as a part of his corp would walk a new life in a strange country town.

Banished from the Hero's Party, I Decided to Live a Quiet Life in the Countryside

Set in a fantasy world where people are born with the divine protection of one of many gods, which grants them special abilities. The story centers on Red, born with the protection of the Guide, which grants him only a high initial level. He joins the party of his sister, born with the protection of the Hero, as their party sets out to defeat the Demon Lord. But soon, Red's high level cannot keep up with his lack of equipment, magic, or martial ability, and he is driven out by a fellow party member who claims that he is no true companion. Crestfallen, Red decides to head to the frontier territory of Zoltan, distancing himself from the fateful confrontation with the Demon Lord, and use his skills to start an apothecary to earn money. With a half-elf carpenter and a princess who also couldn't be a party member of the hero, Red begins a relaxed frontier life.

The hero union's BBS, where heroes gather, crossing many dimensions. A bulletin board made by heroes for heroes. Unfair settings, complaints about comrades, tales of failure, and discussions of secret agendas, they are all found here! Even now, new threads are being made!

A clumsy princess and cool adventurer collect materials for their new country!

The king of the strongest demon nation, "Esteldobaronia", is a weak human?! Charon is a player who reigns over the strongest nation, Ester de Valonia, in the VRMMOSLG game, "Apocaryspha". After a certain maintenance issue, he finds himself in another world with the country he built in the game! This is a story about a weak human who fights with demons to build the world's strongest nation!