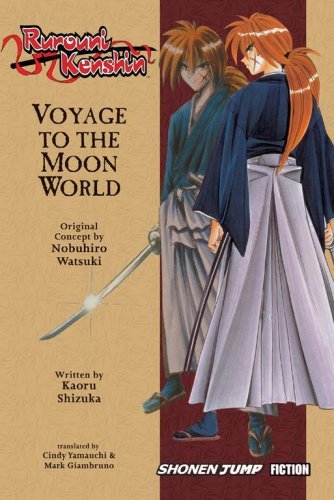 If you're looking for manga similar to Rurouni Kenshin: Voyage to the Moon World (Light Novel), you might like these titles.

Rendered immortal by an infusion of mystical worms that can repair any wound, the masterless samurai Manji wanders the hillsides of feudal Japan, his quest to slay one thousand evil people to atone for his past sins. By his side is the young woman Rin, an orphan who seeks vengeance for the murders of her parents. Driven in a quest for absolution, the two have faced many deadly challenges, both natural and supernatural. But can they survive their greatest battle, against the all-powerful Inugami?

The Castle of Dawn

Japan, 1594. In an effort to hold his chief rival in check, the shogun entrusts his loyal vassal, Lord Matsunoki with a plan to construct a new castle. The castle of dawn is not just any castle though, but one to be built in a traditional European style. Will Lord Matsunoki succeed in building his life’s work? Or will the spies, traitors, and saboteurs that oppose him bring the whole thing crashing down on top of him?