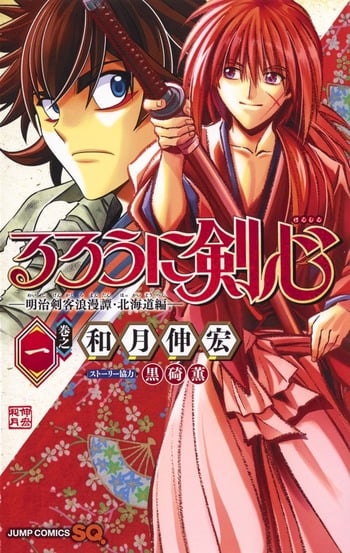 If you're looking for anime similar to Rurouni Kenshin: Meiji Kenkaku Romantan - Hokkaido-hen, you might like these titles.

After the war, concerned brother Hide promises his critically ill sister Miyoko that he will arrange for her to see a real elephant. But when he goes to the zoo to find one, an old man tells him of the tragic day when the zoo animals were slaughtered.

Eleven-year-old Julie Braun lives in the lush green mountain pastures of Austria's Southern Tyrol. Her parents are killed by Italian soldiers, and she is sent to Vienna to live with her relatives, the Clementes. She befriends cousins Johan and Tanya but has trouble adjusting to life with Uncle Karl and Aunt Klara. As Austria is plunged into World War I, Karl is fired from his job at a glass factory, and Julie's new family is forced into a life of hardship.

Three years have passed since little Gen and his mother lost their family to "Pika", the bomb dropped on Hiroshima. They and everyone around them are trying their best to survive and find a place in the new world, which is not easy given the scale of destruction and the fact that people are still dying from the post-effects of exposure to radiation. Gen finds new friends among the homeless kids who treasure their freedom and tries hard to help his mother and live by his father's principles.