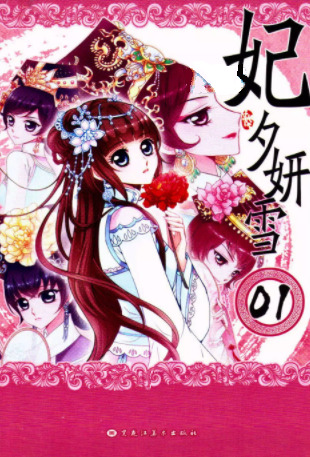 I really liked the pretense of the story but I feel it's potential was squandered a bit. The female leads ends up always needing to be saved by the emperor. It's not in fighting situations, but the court problems with the other concubines.

Despite that, it is still entertaining. There are some crazy antics going on and one of the side characters is a time traveler. First time I've seen it be the side character from the future instead of the main character. The male and female leads are likable. Their relationship is strained because they are a duo of most innocent and most paranoid. The emperor is always suspecting the girl even though she doesn't even know about the political plots around her that she always gets tangled up in.

The art is pleasing to look at but the characters look too much alike. I honestly can't tell which female I'm looking at half the time. I even get confused over whether or not it's the main character I'm looking at. They change clothes often so that's not always a good way to identify who it is.

At the time I'm reading it, the translations are all over the place. They skip parts and repeat others. Hopefully, by the time you pick it up, someone's put out a coherent translation.

I absoulety love this manga! I totally recommend it too all historical fans and romance fans! I really wish it would update quicker though :(