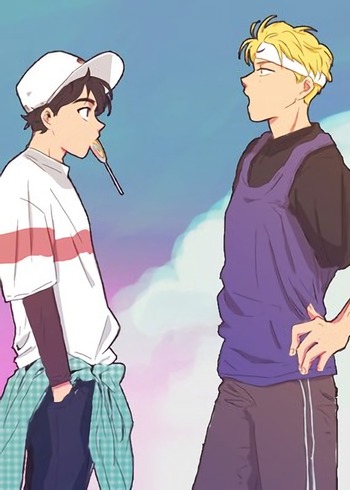 The normal meeting inside the normal life. The slightly special destiny that becomes entwined inside it.

Itaewon, where their values are similar. Their story lives on this street.

A Compendium of Ghosts

Sang, once the little boy too afraid to jump into the lake with the older children, comes back home a brave new man – a huntsman, to be exact. It's only after reuniting with his friend Sejin, the shaman’s daughter, that he notices a black shadow has been following him... The experience reminds him that there are spirits that walk amongst us, and not always in the dark.

A gangster girl in high school decides it's time to live life properly after graduating by marrying a nice man and living a normal life. However, her past as a gangster constantly threatens to come out from time to time and she has trouble holding back. And when she has a daughter...apples don't fall far from the tree.

Confident and in beautiful personalities develop projects for the Spartan models begins!

I have a cursed skill that lets me know whether someone is a criminal. It's my job to get rid of them from this world.