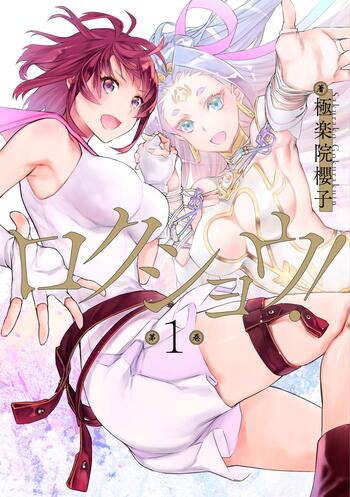 Meet Yoiyami Kuroha, a black-haired beauty blessed with luck. While most people would associate luck with happiness, it lead Kuroha down the path of despair. Seeing her luck as nothing but a curse, she gets captured in the underground world of the yakuza. As she struggles to escape her accursed luck, she meets a boy riddled with misfortune.

Noah is a young boy whose parents are world famous as scientists who developed "Fairia seeds.", special flower seeds that can "grow" fairy-like beings called Fairia. Fairias have become popular pets since the seeds became available for sale. Popular with everyone else but Noah. Noah swore that he would never keep a Fairia again after his mother used his Fairia in an experiment and killed it. One day he picks up a houseplant from the garbage and brings it home without realizing that it is a Fairia plant. When it flowers, out comes a beautiful girl the size of a pea. He names her Claire. Claire is a special kind of Fairia called Fairial that can make themselves human-sized. Now, Noah must find out the secret behind the Fairia seeds, if he wants to keep Claire safe.

Meeting the super unlucky boy Murokawa Nijisuke, the life of the black-haired beauty Yoitsuji Kuroha who had a captive of the underworld changes. For the two who have begun to walk on a fresh path, a new evil has begun to move with Kuroha as their target...

A meeting on a moonlit night with the mysterious man, Revo, will guide the young Noël to "a story" of fate...