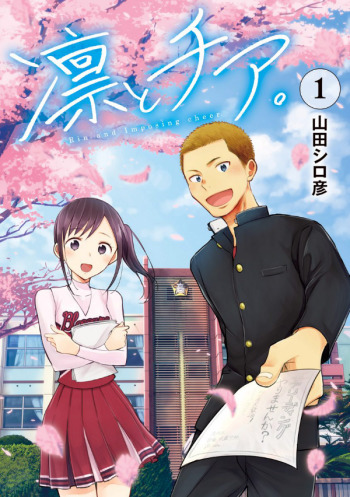 Haruki Bandou was born into a family of Judo martial artists and expected to continue the family legacy. But he's about to trade Judo for…cheerleading?! When his childhood friend Kazuma Hashimoto invites him to join the BREAKERS, a male cheerleading club, Haru finds himself amongst a quirky group of boys. Can this squad of slightly odd and cute members make a breakthrough in college athletics?

Hikari Kokura has a passion for competitive sharpshooting! To hone her skills, she enrolls at Chidori High School with the hope of joining their light beam rifle shooting club. Unfortunately for Hikari, the club has been disbanded due to lack of interest. Now it’s up to Hikari to recruit fellow students to re-energize the ranks and save the club. Otherwise, she’ll have to kiss her dreams of being the best markswoman around goodbye.

Chidori RSC: Nationals Are Right Before Us

The Chidori RSC team has come such a long way. It’s time to look to the past so they can aim for the future once again!