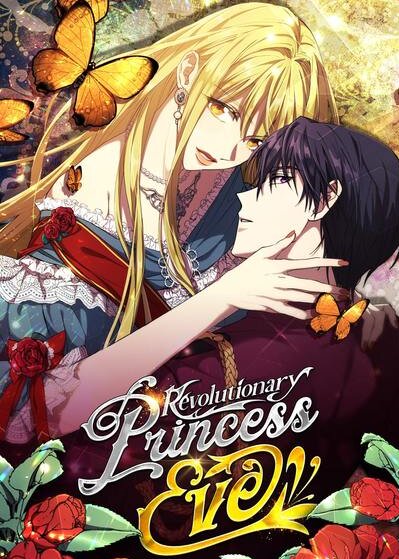 The way he looks at her is the way I think we all want to be looked at by our partner. He loves her so much he that he sacrificed everything he had just for her to be okay.

But I freaking hate her sister (trashta 2.0)

Lmao I honestly don't get the plot. The ML a Homunculus (a race enslaved by the royal family) who, with his fellow Homunculi overthrows royals and becomes king he likes the FL because she's the only royal who opposed the inhuman treatment (enslavement) of the Homunculi. After her death, unbeknownst to her, the ML uses half of the magic stone to send her back in time and the first decision she makes is to make a plan to prevent ML from overthrowing the current regime??? I'm just here scratching my head like. Girl. Are you against slavery or not? Because so far it seems like it's all talk and actions speak louder than words. Hell, even the motive doesn't makes sense I could understand that she had a change of heart after being in danger of her life at the hands of the Homunculi bc she was a royal but No, she just wants to be the main candidate for the throne 🙃 and accomplish what exactly? Idk how to tell you this but the only way to overcome an oppressive system is to overthrow it. Sigh.

Honestly, I'm so tired of reading 'slavery is ok' trope in isekai idk why I thought this would be different. Read this if you can filter out slavery and/or enjoy plots that pretend to be clever.

Edit: once again I'm asking what does she intend to do when she's the queen or whatever does the author really expects readers to believe that the people who've profited off slavery would go "aw shucks if the queen says slavery is wrong and banned guess I'll just have to stop profiting off exploitation of an entire race :/" like I get that this was oriented towards a younger audience and the author wanted to write a reverse harem -esque isekai where everyone fawn over the brilliance of the MC and she's very oblivious about it but when you're going to incorporate slavery into your fantasy world building (btw why) you're going to have to put a little bit of thought into how you proceed with the element or else it'd make your protagonist look like a hypocrite and an idiot

I am just IN LOVE with this series 😍 Art is amazing( ML is soooooo hot )and i love the characters. I can say for sure the art for this series is among the best ones i have ever seen. Story is also really great and catchy ! Please keep it up author . Thank you 😊

The plot is unique and I was very interested. Its rare to find an isekai that explains the backstory of how it was actually possible. I also liked the twist that only fl is the only one to remember her past life.

The characters were also great. My only issue was that fl's actions were unrealistic to me at times. The beginning of the story showed how she clearly did not like the ml. She even thought that he wanted her dead. When she got transported back in time, it seemed like she forgot about that. I get that she needed to keep an eye on him so she needed to be close to him as possible, but after everything that happened, i thought she was just too nice to the ml.

I came into the story thinking it was a romance but it wasn't even that much. But i liked it and am waiting for the second season!

Yeah, the couple's chemistry doesn't click for me. But I do like the fact that the Princesses are the ones fighting for the throne and that there's a dedicated hall/area for when ppl get tired of a party in the palace (spoilers its not for taking naps).