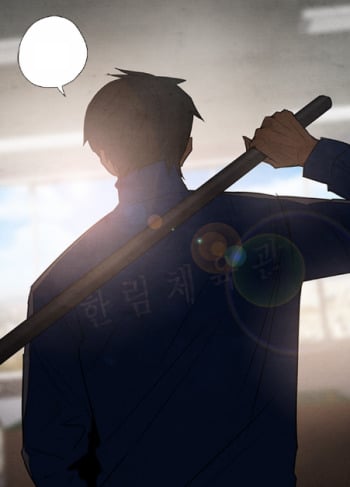 A story of an unemployed man that revives after 3 days of being dead. Follow his action-packed encounter with a large criminal organization.

The story goes around a 29year old  that decides to be the saviour of his beutifull high school student neighbour,however things go wrong but he gets a second chance after 3 days, not happy with making it back he decides to go on a journey to repeat that process endlessly and mindlessly. This story had a mid - interesting set up however it gets quite repetitive with the MC dumbness and also the story in itself just revolves around the same thing over and over. the characters also barely get any evolution even thought we get to know them better. The art is quite nice giving a nice sense of presence to the scenes however it could be more detailed and more fluit in the fights.  Overall the manhwa is nice but not much else, by the end of the story i just skimmed it because it was rthe same anyway.

Revival Man. A.K.A- Korean Jesus. A guy gets murdered by some thugs while trying to protect his young neighbour. He the wakes up 3 days later in his bed and mistakes this for a dream. When the gangsters once again approach, he dies once more. This is when he sees reports of the scene of his last death in the news. He finds out that he revives 3 days after dying, and always appears in his bed once again.  This is when he decides to save his neighbour from the mysterious gang that keeps taking her. The Art Style grabs your attention because of the way it shows how the main character is feeling. When he gets annoyed, everything changes to show how annoyed he is. When he's distraught, or appears broken; the background appears shaky. The background also builds around the character, showing how important he is, and how everything is centered around him. When he's facing off against enemies, the focus tends to be on him. There's an aspect in this focus that's similar to a camera. The main character seems to pop out and appear more intensly than the other characters when he's about to fight them. This gives the impression that they're less important, or shouldn't drag your focus. It also shows us that our character is likely stronger in comparison. Another interesting aspect to the art style is blood. When the character is bleeding, the blood itself almost conveys his feelings. Rather than giving up, he drags himself, but we can see how aggonizing this is for him. The blood on his face will appear smeared or dry, similar to wiping your tears. Blood coming out of his back seaps down, matching his stance. It's almost as if the blood allows us to see without words that the more force the character uses to reach something, the more it effects his body negatively. That makes the blood an effective tool for understanding the traits of our character, and his drive. As for the characters themselves. Despite our main character giving off the impression of being unmotivated by the lack of drive to find a job, our character is highly motivated in everything he does. He's just a normal guy, living a less than decent life, and this is conveyed in his personality. Even upon discovering his immortality, this man doesn't think up fantasized notions of beings a superhero; he just treats it like any other thing going on in his life, and continues with whatever was driving him in the first place. He also isn't magically good at fighting just because he can't die. He still has little fighting experience, and easily gets overtaken by stronger foes because he's still just a normal man. He understands that he isn't indestructible. All of the other characters are good, but fold in comparison. They add on to the enjoyment of this manga, but he's definitely the source of the enjoyment to begin with. The story developement is pretty good. Our MC starts off as a normal man with nothing to do, and upon dying realizes his powers. After defeating someone and abusing his immortality, he feels like he can take down anyone. After being defeated by a smarter foe, he realizes his arrogance and decides to get stronger. He grows as a person, learning new lessons and becoming stronger.

You'll like this story. Why? Good art and badass MC, as usual with manwha. But then when you look past that you start to see some issues. The plot is not good. The mc got entangled into a story that has absolutely nothing to do with him so whatever his motivations are it doesn't make sense. Now that he put himself in he's badass don't get me wrong but his heroic sense is just slightly getting on my nerves. The MC doesn't have any goal at all, he just follows the flow of the story like us readers so you can't really put yourself in his shoes. Save a random girl, fight some gangsters now fight big organizations all of that without having anything to do with any of that.Another issue is having a big baddie for the mc to fight early on in the story lets you know how it will end. MC will fights random people, kill some, gets stronger, all that to fight the big baddie at the end, its boring. Its boring because we already know everything. Its boring because you can see how strong the company is and they already know of the mc's power to boot. Imaging if they didn't know of the mc's power and he had to slowly learn who's the big baddy while growing his own forces. That way there are still some mysteries and you don't know who's who. This one is mindless brain jerking. 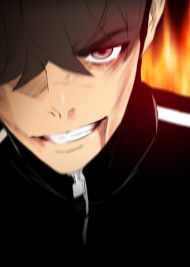