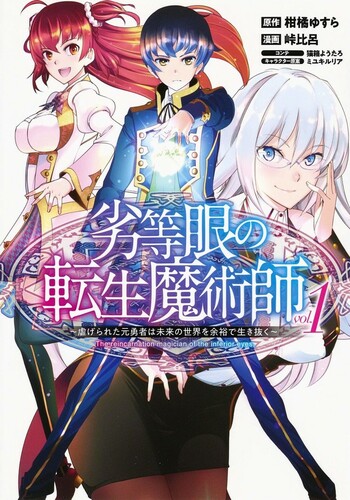 Oh boy, where do I start with this one?

Dude is a hero who defeated the freaking demon king so he must be OP af. He's told that because he has the same eye color as the demons he will be persecuted by the people. Fine, people are stupid anyway. But what does he do? He uses magic to reincarnate 200 years in the future in the hope that people will change.

First of all if he can use reincarnation magic why doesn't he just change the color of his eyes? Second of all, can't he use his power as a hero to make those changes instead of waiting for them magically (no pun intended) disappear? Thirdly, this world has to be pretty vast so instead of using that dumb reincarnation magic why didn't he just leave? Like just go somewhere else for Christ's sake.

All this dumbshit just to create a scenario of him being a dumb shota surrounded by busty girls.