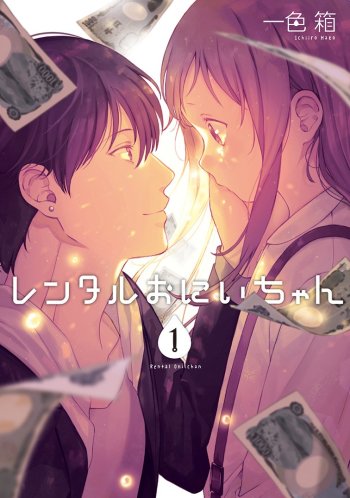 One Room of Happiness

That day, she was abducted. But to her, that abduction was a ray of hope -- the beginning of a new life. The girl promises to marry her abductor, and the abductor offers plenty of "happiness." This is the story of an abductor and his victim... How could it be so warm?

Both are manga about little girls with traumatic pasts/presents and the men who help give them the family/friends they no longer/never had. Both are very innocent and dark at the same time and have a lot of heartwarming moments despite everything. They also both have nice are and interesting/unique characters and are told from the young girl's perspective. Both are good and interesting reads as well.

On the eve of her wedding, Bai Qiandu received word of her fiancé, Zhongli's death. This shocking revelation turned Qiandu's life on its head and she learns from others that he suffered from severe depression. Was it an accident that Zhongli died or pre-mediated suicide? In order to uncover the true circumstances behind Zhongli's death, Qiandu sets out on a journey to retrace his steps. And the unexpected truth she ends up finding out is...

they borth are equiped to make you cry. Both of the main characters expirience the loss of their loved once and they try to live pass that. One still has her brother but he pays no attention to her and neglects her and the other one lost her fionce and she. dedicated herself to follow his footsteps all around the world to try tu understand him more.

At first glance, the family of Kinomiya Aya may seem quite ordinary: loving mother and father and a kind elder brother, however, appearances can be deceiving—Aya's father constantly beats her mother, scolds them for the slightest "transgressions," and commits other inappropriate deeds. Her brother spends all of his time selfishly ignoring what's right in front of him in favour of enjoying himself. Her mother is enduring it all for her children, and both mother and daughter live in constant fear of Aya's father. Because of all this, Aya envies ordinary families and the children who enjoy them. One day, after witnessing a quarrel between father and mother turn violent, Aya experiences a great deal of stress, due to which she gains the ability to turn invisible. At first, the girl indulged in her superpowers, but eventually she makes a decision that will probably make her blame herself for the rest of her life...

A boy wants to go to a festival with his father, but the man would rather spend his day at the pachinko parlor.

Teshima Hibari is a 14 year old girl with a body that is more sensual than most girls her age. Her story includes the opinions and reactions of all of the people around her, as well as the actions of her own life. The chapters explore the thoughts and feelings of classmates and adults, men and women. The males often have romantic or sexual feelings for Hibari, while the women sometimes have feelings of inferiority or jealousy. Whether positive or negative, it seems everyone has a reaction to Hibari.

Yuri Makurano is an unattractive girl who learns her mother is a famous actress named Shoko Hanai following her grandmother's death. Yuri begins to live with her mother's family which consists of three children named Sumire, Aoi, and Fuyo Hanayashiki. Yuri is treated as a maid at the household, eventually bonding with the family and builds up unrequited feelings for Sumire.

A girl struggles with her identity and her relationship with her sister after the death of their mother.

Yoshiyuki has been given the chance to finally live a normal life, but only after losing the only woman he's ever loved. Now, he wants to experience anything and everything he possibly can. He decides to sell himself and gets a job as a host. In his line of work Yoshiyuki comes in contact with many men and women that affect his bleak outlook on life. Will these experiences help Yoshiyuki leave his past behind him or will his already fragile heart be permanently broken?