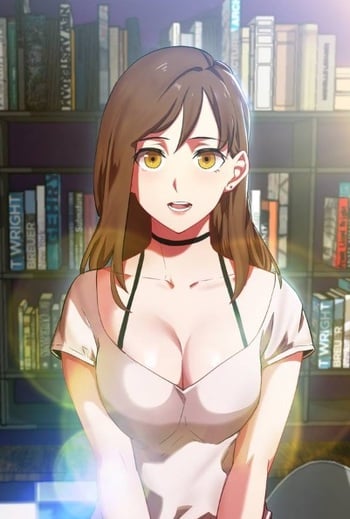 Every guy on Earth has a secret folder filled with sensitive material, don't they? See what's inside this "Secret X Folder".

Both Rental Girls and Sports Girl have anthology-like storytelling that features many characters in their own stories, keeping it varied and interesting.

Uniforms that tempt you and make you fantasize. Can you withstand the allure of uniforms?

Both feature a variety of characters in smaller individual stories. Seductive Uniform, however, features one guy meeting many women.

What these titles have in common is that they are anthology-like and contain a mix of sexual stories.

The majority of men probably watched some sort of Japanese AV while growing up (some probably do even after they're adults!). This webcomic provides a real sneak peek into the AV industry with some added twists and drama!

The two main characters of our story may not know each other, but their lives take remarkably similar trajectories. Both work in the adult industry, yet both suffer performance issues. Namgeun works at an adult toy company, and his less than stellar performance in the bed leads his girlfriend to dump him. Meanwhile, Yeorang’s made a career as a sex columnist, but a leaked video reveals her inability to orgasm. Separately, they visit the local hardware store for rope to take their lives. But not only do they not die...it seems the rope has magically cured their sex issues. Now it’s time for Namgeum and Yeorang to discover the extent of the rope’s power.

Old friends get together and share their stories about the lady in their life. From the way they tell it, it sounds like a fantasy, too good to be true.

Having lost all his savings to a female con-artist, Han Taeil prepares to commit suicide. At that point, a mysterious man appears and extends a contract that takes Han Taeil back to his past. Given this seemingly golden opportunity, Taeil is excited to rectify his past. What he didn't know was that the contract came with a very crucial stipulation...