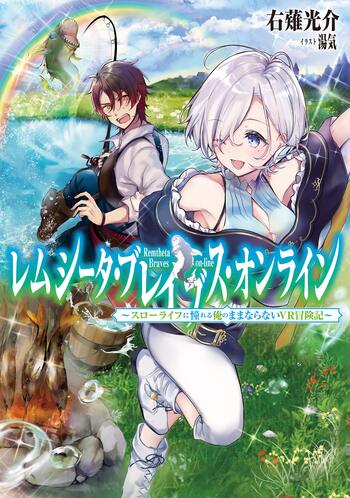 If you're looking for manga similar to Remtheta Brave Online (Light Novel), you might like these titles.

BOFURI: I Don’t Want to Get Hurt, so I’ll Max Out My Defense. (Light Novel)

IS SHE THE GAME’S LAST BOSS?! Though she doesn’t play many MMOs, Maple has either a natural talent or impossibly good luck, because by pouring every last stat point she has into Vitality, she’s created a character who can’t be hurt! Whether it’s physical attacks or magic or status effects, nothing poses a real threat. In no time at all, news spreads across the server about the adorable terror who can’t be defeated. While Maple may just be having fun, her broken build is sure to attract lots of unexpected attention...

In the year 2043, Infinite Dendrogram, the world's first successful full-dive VRMMO was released. In addition to its ability to perfectly simulate the five senses, along with its many other amazing features, the game promised to offer players a world full of infinite possibilities. Nearly two years later, soon-to-be college freshman, Reiji Mukudori, is finally able to buy a copy of the game and start playing. With some help from his experienced older brother, Shu, and his partner Embryo, Reiji embarks on an adventure into the world of Infinite Dendrogram. Just what will he discover and encounter in this game world known for its incredible realism and infinite possibilities?

The world’s first action game VRMMO FWO (Fantasy World Online). Our main character chose to become a Summoner. While not so much in particularly willing to go about aggressively capturing monsters or aim to be the strongest player. Just wanting to have an adventure to search for cute monsters and clothes’ material. Without noticing in the flow of one situation after another, he becomes the top ranking Summoner.