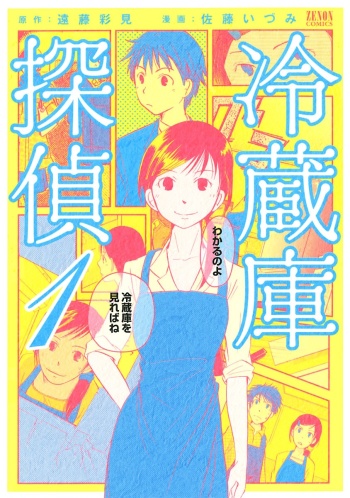 Hotel detective Doll is assigned to protect the president of the United States during his stay at the luxurious Sunrise Hotel. While assisting a hotel guest who has fallen ill, she discovers and kills an assassin, but something tells her the danger isn’t over yet…

Shishigami Takashi has, for a long time, met with murder cases wherever he goes, that’s how he got the nickname; the "Shinigami" detective. Shishigami, his wife Michiru, and his kouhai Seki, take a trip to an onsen. However, as soon as they arrive, a corpse is discovered...?!

Jotaro Fukamachi is a private detective. Divorced with a woman he can not forget, with whom he had a daughter. He has a reputation for sleuthing, but it is rather stingy and often shows interest. On the other hand, he has principles (sometimes quite caricatured) which it stands. The main one being "always keep a promise," even if the person to whom he made this promise is not of this world. Suddenly, he happens to invest excessively in matters that he won't get any profit.

While Satoru was "betting time" asleep in his coma, what became of the lives his childhood friends lived without him? This special extra volume of Erased checks in on the lives of Satoru's friends and the bonds they wove thanks to the chances at life his "revival" gave them.

Maya is a mysterious young girl who is hired as an assistant to detective Matsunomiya. The Imperial City of the Taisho Era has a mixture of Eastern and Western cultures... What kind of adventure will the two encounter here?