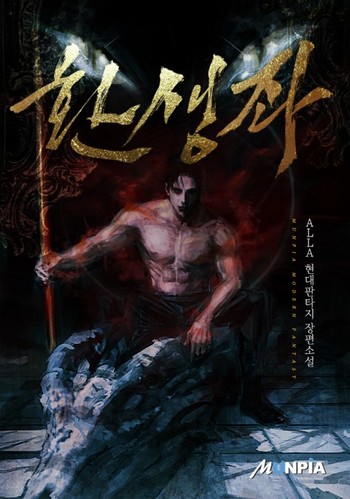 Tales of Demons and Gods (Novel)

Nie Li, the strongest Demon Spiritist in his past life standing at the pinnacle of the martial world. However, he lost his life during the battle with Sage Emperor and the six deity ranked beast, his soul was then reborn back in time back to when he is still 13. Although he's the weakest in his class with the lowest talent at only Red soul realm, but with the aid of the vast knowledge which he accumulated from his previous life, he trained faster then anyone. Trying to protect the city which in the coming future was being assaulted by beast and ended up being destroyed as well as protecting his lover, friends and family who died by the beast assault. And to destroy the Sacred family whom abandon their duty and betrayed city in his past life.

In both Light novels the main characters travels back in time to change a lot of "circumstances/events" from occuring to create a better future.

The main character is not extremly strong right from the beginning but uses his vast knowledge he acummulated over his "past life" (or maybe one could call it alternate future?) to become powerful rapidly in order to change the alternate future.

Both Light novels use some kind of power measurment to help you better understand the strenght of the individuals (Tales of Demons and Gods has cultivation, and Reincarnated a "rune-system")

So if you liked either you should give the other one a shot as well.

My Specialty is Cloning (Novel)

Follows Kim Tae-young, a Hunter in Korea who knows when the end of the world is coming, having been sent back in time by a mysterious being known as Chronos. He must now prepare for the future while changing his unfortunate past along the way, fixing mistakes and erasing regrets that haunted him in the previous timeline.

The demonic army where the worst of the worst gather. A man who survives for close to ten years, the illegitimate son of the Valt family, Raven Valt, is assigned to accompany Duke Alan Pendragon, the contractor of the white dragon, and be his guard. But due to an unknown conspiracy he is killed along with the duke and his dragon, Soldrake. When he opens his eyes, he’s back seven years in the past, and even more strangely, as Alan Pendragon…

In a game-like world where dungeons, monsters, and players appear. In that world, only I knew the truth. “Let’s save the world together. Let’s put an end to this game.” The secret that the man who’s idolized as the “Messiah who will save the world” is actually trying to rule it as its emperor. Only I, who experienced his betrayal. I, who was murdered by him and returned to the past, know the truth.

The strongest hero of humanity, Kim Sung Bin. He threw everything on the line and fought but... He still couldn't prevent the destruction of the world. But his legend has just begun as he returns 20 years into the past.

Leveling with the Gods (Novel)

He became stronger, faster than anyone else… but he lost. In the end, there was only despair for Kim YuWon. In his last moments, he was given another chance… Through the sacrifice of his comrade, his fate had not been sealed yet. Returning back to the past, he attempts to climb the Tower again with his unmatched talent. To fight the ancient evils that threatens to destroy the Tower.

Does The Lord's Coin Not Shrink?! (Novel)

Year 2035. The virtual reality game, Warlord, changed the world. An Jaehyun was one of the many who wished to change his life through the game. After dedicating his life to the game, he was met with a betrayal. A betrayal by his comrades. As a result, he lost everything. But a chance was given to him. A chance to redo everything again! “I won’t play with others ever again. Whatever the outcome, I’ll show that I can do it alone.” Others rolled a die to split the spoils of victory. An Jaehyun ate it all by himself. It was the start of An Jaehyun’s solo game life.

Sang Hyuk, a man nearing his 40’s, was contacted by SKY Telecom to help its team, SKY, become the best in a period of 3 years. If SKY’s team members fail, they will be disbanded. After succeeding the contract in time, he was betrayed by the company that gave him everything. Somehow, he wakes up years in the past as an 18 year old man – a year before the release of Eternal Light. Armed with knowledge of events that are yet to come, he embarks on a journey that no one has dared to tread before. His desire for revenge drives him to take this path. He is the one-man army.

A scout in the infamous Demon Cult, Seolhwi is on a routine patrol when his squad unexpectedly encounters a fearsome master of the Mount Hua Sect, the sworn enemies of the Demon Cult. Without warning, the Mount Hua Cult master slaughters the entire squad. As Seolhwi lies dying, lamenting years of service to the cult with nothing to show for it, he is suddenly faced with a video game prompt, asking if he would like to start again. Given the opportunity to start over and make different choices, Seolhwi vows to survive and become stronger so he can rise to the top of the Demon Cult.