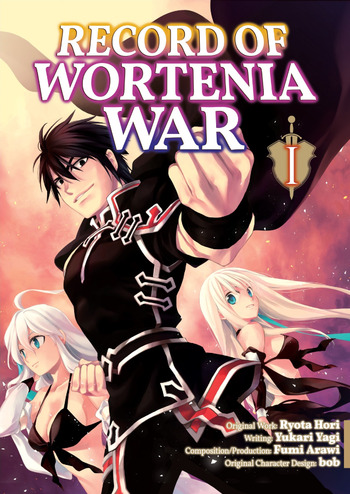 I'm just going to give my blunt opinion of this one. I read the first 17 chapters a while ago and I forgot about it and had a nice chunk of ten chapters to read before writing this (it releases monthly). From what I remember and the high ranking I gave this before it was a fairly generic start but not in a bad way. A strong main character without any crazy op powers, a willingness to kill an enemy without any hesitation, mc kinda seemed like a battle junkie, cute companions, and a good art style. If you look at my profile, I read a ton of this garbage isekai and wuxia stuff and have quite a high tolerance for writing. And this one you should skip. The writing in the most recent arc (ending at ch24) is so bad that even I can't stomach it. I don't mean bad translation and quality control, I just mean straight up characters go against what is shown to be their core values and concepts for no reason.

It remains pretty good for the first 15-17 or so chapters before that arc though. But then the arc where they get dragged into a neighboring kingdom's civil war happens. God the writing in it is so bad. The characters are terrible and inconsistent. The arc left such a bad taste in my mouth while reading it I'm not even gonna put it in my stalled category to try again at some random day. I want this washed from me.

It gets a 5 because the art was still good the whole time and I enjoyed the first 17 chapters. Also the mc never gets bad other than all of sudden becoming really talented about battle tactics and strategy.

Elena is ok, and I like the merc combo. The introduction is ninjas was a cool concept but how the major characters of the arc are handled kinda ruins it all. It also all happens very fast and with little action (what seems to be a recurring problem for this particular manga if your looking for a more battle heavy read).

Lupis is portrayed as a competent leader at the start but devolves into a girl in love who would throw away her right to the throne and the entire kingdom she is fighting a civil war for to save just Mihail. (Bad writing and tropey)

Mihail throws away all his knightly responsibilies and loyalty to the princess to simply try and get revenge against Kyle who betrayed the kingdom (by joining the nobles) in a 10 men vs 5 thousand man charge during scouting after being specifically warned by the mc no fighting. (Makes no sense for a loyal and honorable knight to do in general let alone a high rank one with much value to both the enemy and his allies)

Kyle who is shown to be a selfish coward who betrays multiple employeers just to save his ass and then makes a last stand to die while protecting the big bad who is trying to escape. (A big bad who Kyle either directly or indirectly betrayed before out mc group gets there to join the nobles over the princess in the first place)

Meltina is just a potato brain.

There isn't any real build up or reason for these characters to just randomly have these revelations. No foreshadowing, no nothing. They just all of a sudden flip from a fine functional character to a complete opposite stance because...we need this arc to end quickly...I guess?

None of these are really deal breakers as a stand alone instance in an arc. Most manga's have one or two bad characters an arc, even some where they play a pivotal role. But it felt like everyone who either mattered or had a semi focus on them for being somewhat important for this arc went completely against how they had been portrayed the entire arc by the end. Except Meltina who maintained potato brain all arc and Elena who just did in the end what she said she would in the beginning.

That gives me zero faith in the authors writing. It also gives the impression that any decent sized arc or longer would follow the same style of writing full of character decision ass pulls. Even if this ends up being a throw away arc to show off some characters who will become important later, you can't let the main people who exist for just that arc be written this way.

Ryouma is an excellent fighter--both with martial arts and weapons--and cunning in his tactics. My favorite part of the manga is definitely the tactics and outmaneurvering that occurs, but there are also several anticlimactic moments where the plot seems to be leading up to a cool confrontation between him and a worthy opponent but then it just fizzles out (with Shaldina in chapter 8 and with Hodram in chapter 23). Like, it would be so much more epic if those events had actually turned into a battle of wits or something, as opposed to bleh.

He gains some allies along the way. So far, we have the twin battle slaves Sara and Laura, Lione and her mercenaries, and the "rappa" Gen and Sakuya. And it also seems like Shaldina and Sudou will be longterm antagonists, and I gotta say that they're both pretty good baddies. I have mixed feelings about the more "romantic" aspects to the story, largely consisting of the twin girls being jealous and longing for Ryouma's attentions. On the one hand, it's sorta cute. On the other hand, it's shallow banality that seems to be endorsing sex slavery.

Currently, the story can be split into three sections: Fleeing the Country (ch. 1-10), A Succession War (ch. 11-24), and Cultivating an Untamed Territory (ch. 25-current). In a way, both of the first two sections are just setting the stage for why Ryouma has been put in charge of the Wortenia peninsula (the namesake of the manga, which surprisingly hadn't played a role up to that point). Actually, with the events of chapters 26 and 27 along with the nation-building challenge being laid in front of Ryouma, I'm super psyched about what's to come. Probably more psyched than any of the previous plotlines made me.